Tick… tock. There’s no way to see and do everything in Toronto in 48 hours, but oh, only if you could. A melting pot of a metropolis where more than 140 languages and dialects are spoken, Toronto offers unparalleled diversity and culture. From ethnic cuisine and colorful neighborhoods, to more than 100 museums, 500 music venues, 50 ballet and dance companies, and two symphony orchestras, this city of nearly 3 million offers a lifetime of things to see and do. Here’s how to make make the most of a Toronto visit in just 48 hours. 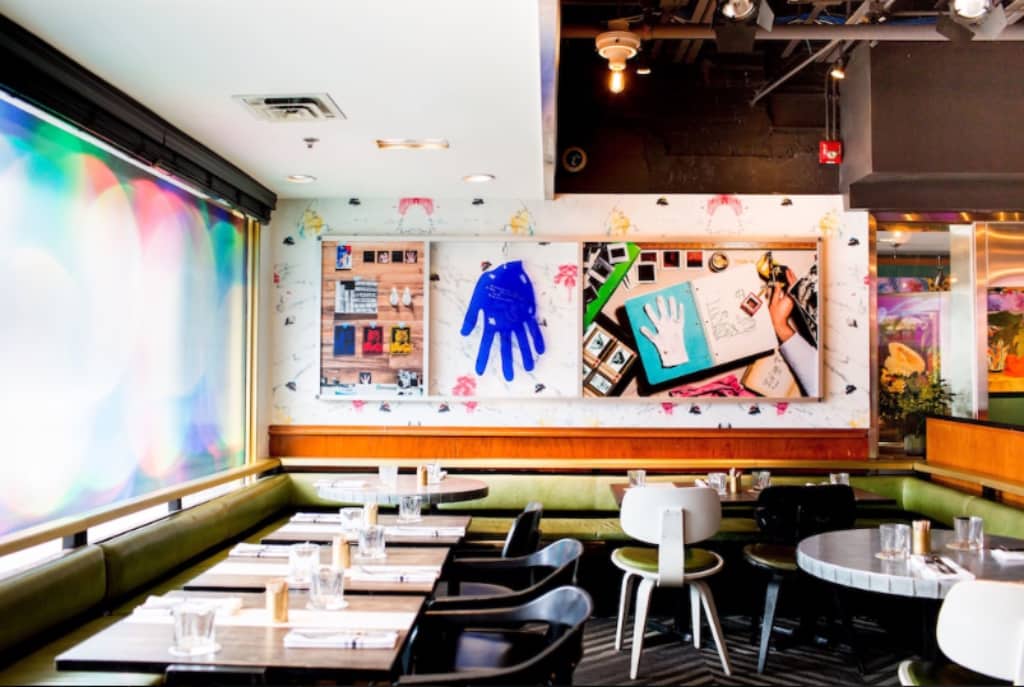 The Commissary at the Drake Hotel

Start your morning off in Queen Street West, Toronto’s epicenter of urban cool. The cafes, thrift shops, ethnic eateries and hip hotels lining Queen Street are too numerous to count, but start with a breakfast sammy and pastry at the Commissary, the restaurant at the design forward Drake Hotel. Before strolling the rest of the street, pop into the General Store, the hotel’s outside the box and totally charming gift shop.

Next, join Toronto Bicycle Tours for its 3 ½-hour Heart of Downtown Toronto tour which swoops through nearly a dozen neighborhoods and local landmarks including Kensington Market, Chinatown, the Financial District, St. James Cathedral and Square, the CN Tower, Hockey Hall of Fame, the Entertainment District, the Harbourfront and Lake, Sugar Beach and more. Consider this your Toronto orientation.

Now that you’ve worked up an appetite, circle back to the city’s ebullient and bustling Chinatown where locals argue over who offers the better dumplings—Rol San or the Dumpling House. We’ll let you be the judge. Afterward, swing by the 1,815-foot CN Tower, a skyline icon. If you aren’t deathly afraid of heights, try stepping out onto EdgeWalk, the world’s highest full circle hands-free walk on a 5 ft (1.5 m) wide ledge encircling the top of the Tower’s main pod. You will literally be 116 stories above the ground outside. Yikes! Afterward, chill out with a cocktail at 360 Restaurant. You’ve earned it!

Retreat to your hotel for a well-deserved, pre-dinner nap. Toronto offers lodging for all traveler types. Forty-six story Delta Toronto is located right on the downtown waterfront and offers spectacular city views. In Queen Street West, there’s the artsy and charming Gladstone Hotel. Each of the Gladstone’s 37 rooms were individually designed by artists. For fancy digs in the heart of downtown, book the five-star Shangri-La Hotel Toronto. The luxe, downtown property offers upscale amenities and features like in-room iPads, an indoor pool an spa tub plus close proximity to attractions like the beloved Art Gallery of Ontario and the Royal Alexandra Theatre.

Grab a bite in Little Italy. One of the city’s better known ethnic enclaves stretches along College Street and offers a ton of dining options including Italian staples like Cafe Diplomatico and Marinella plus Canadian comfort food at Woodlot and fine dining at newbie Korean eatery Boonsik. 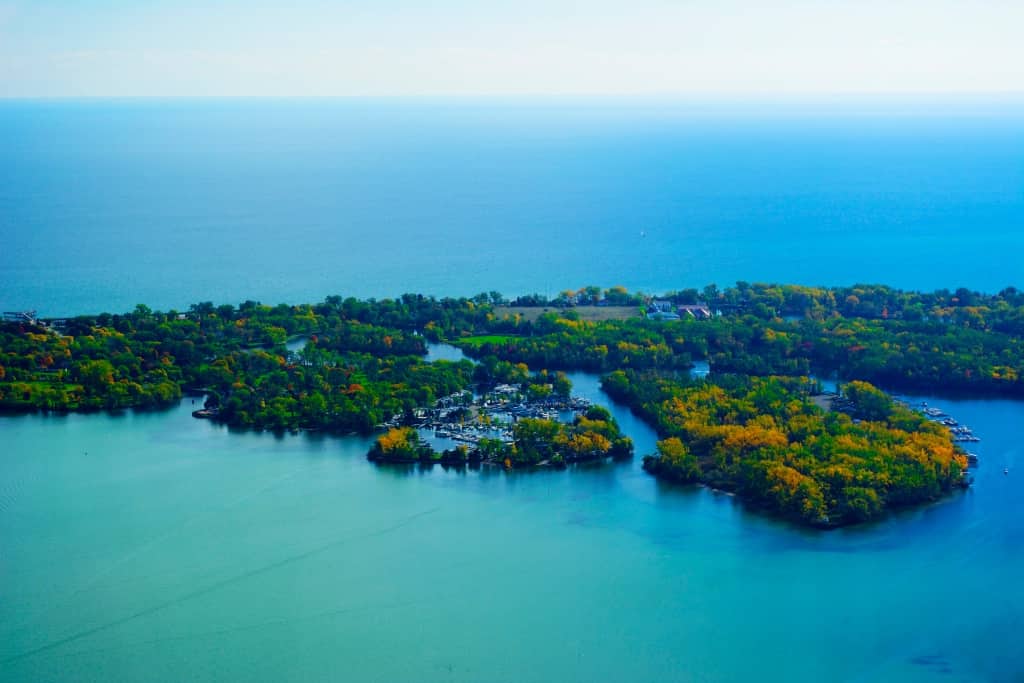 Start your second morning at the incomparable St. Lawrence Market, a public market brimming with food stalls and counter seating. Fuel up with pea meal bacon on a bun from Carousal Bakery and load up on treats to take with you for later in the day.

Next, wander around Kensington Market. It’s not a market in the vein of St. Lawrence, but rather a funky neighborhood featuring an eclectic mix of hipsters, punks, students, working professionals and tourists soaking up the quirky scene. The food options here are legendary, but if you’re still full from breakfast, just wandering the colorful streets and dipping in and out of thrift, record and jewelry stores can easily kill a few hours.

Spend your afternoon at Sugar Beach. Although Toronto’s lakefront isn’t as handsomely developed as some other cities, like Chicago, the city is home to beaches and this one is so named for its white sand. Even better, hop a quick ferry to the nearby Toronto Islands, a chain of 15 islands just  stone’s throw from downtown where you’ll find Centreville Amusement Park, excellent biking and boating, public tennis courts, a soccer field and a trio of beaches including Hanlan’s Point—which is famously clothing optional.

Live it up on your last night. Either watch hockey favorites the Maple Leafs crush their opponents at Soctiabank Arena or dress up and see what’s on at The Royal Conservatory. Either way, don’t miss a drink on the town. At Bar Chef, Oooh and ahh at the over-the-top (and that’s putting it mildly) libations that incorporate molecular gastronomy techniques. Pretty Ugly Bar in Queen Street West is anything but and in fact offers some of the most Instagrammable cocktails in town. For true kitsch, head to the Polynesian-themed Shameful Tiki Room where rum-infused classics like Blue Hawaii, The Zombie and Three Dots and a Dash awaits.