Picturing yourself kayaking jewel-toned lakes, getting lost in a 1904 replica “mirror maze” and traveling to a Swedish ski run via dogsled in the near future? Well, you’ve come to the right place. Behold a dozen places we think you should travel to in 2020. Based on criteria like booking trends, affordability, easier access, milestone anniversaries and thrilling new developments, we’ve pulled together a list of destinations that cover all six inhabited continents and will take you from sand dune to snow-capped mountain and is perfect for culture vultures, sun worshippers, intrepid trekkers and more. Here are the 12 very best places to travel in 2020. 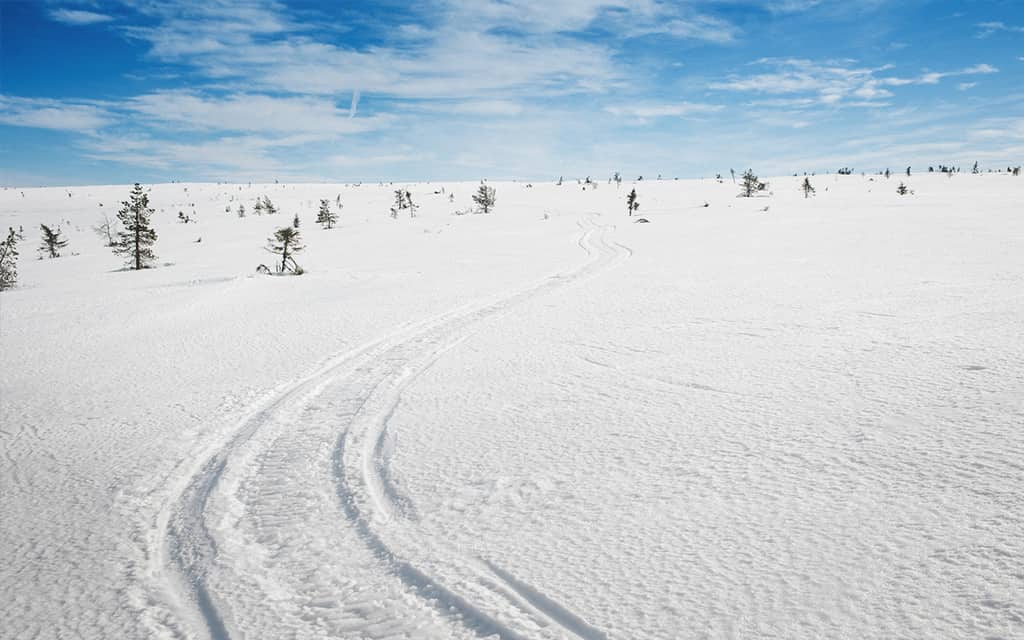 How do you say slalom in Swedish? Excuse us while we bone up on our Nordic ski terminology, thanks the recent opening of Scandinavian Mountains Airport in western Sweden, which now brings European snow bunnies from city to slope in less than an hour—literally! No more flying into Stockholm and taking a six hour train ride to hit the slopes. Instead fly direct to this Swedish village for a two-in-one ski vacation (Trysil in Norway is only 45 minutes away) that’s uncrowded compared to many of its North American counterparts. There are already talks of a chairlift linking the terminal to the ski area, but in the meantime travelers can travel from baggage claim to black diamond slope via dogsled. Woof to that! 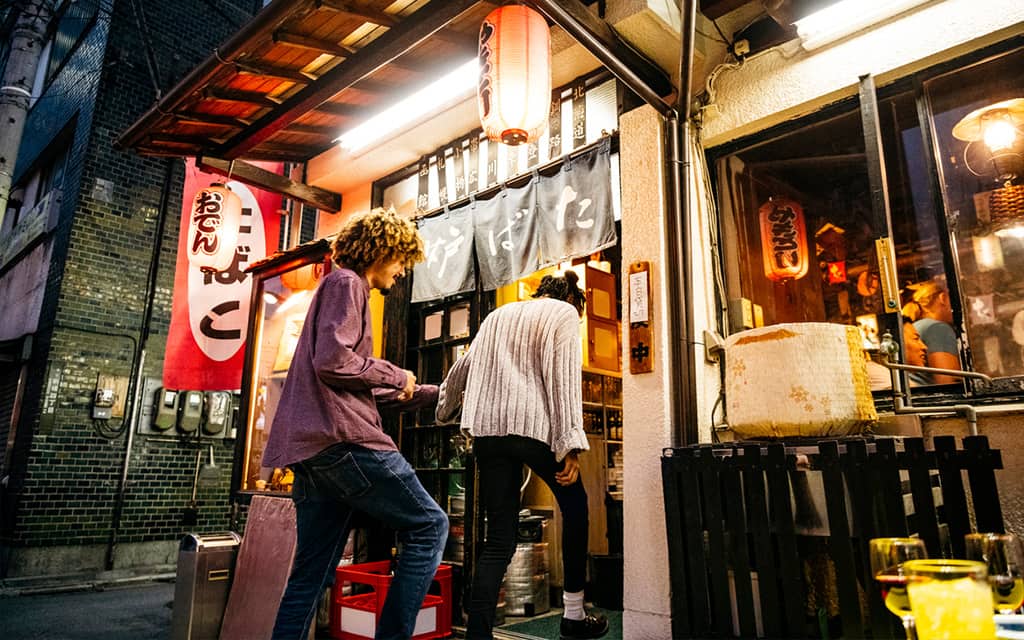 Japan has experienced a 263% spike in tourism since 2010, according to the UNWTO—and with the 2020 Olympics making their home in Tokyo this summer, that number is set to rise. The future-forward city is prepared for the influx, with a flood of hotel openings, including the lux Okura Tokyo and Tokyo Edition Toranomon. (They’ve also got a host of other hotels that showcase their inviting culture.) After you’ve gone for the gold (or at least cheered for it) investigate the tech metropolis with a trip to teamLab Borderless digital art museum, a dip into the Robot Restaurant, and—perhaps the most revolutionary invention of all—a snack you’d actually want from one of their many high-end convenience stores. 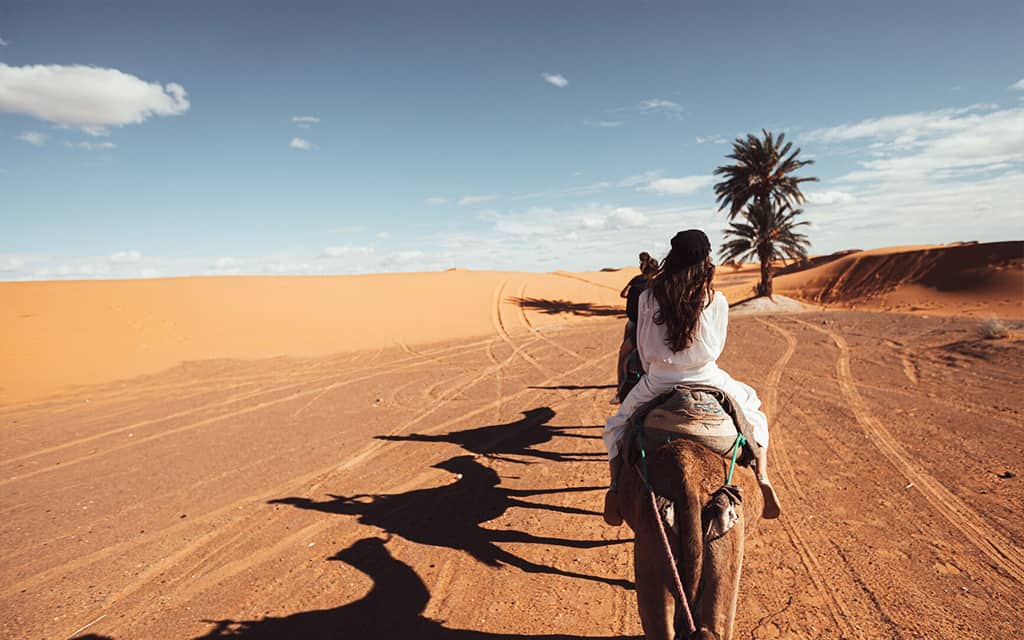 The North African nation is already an Instagram star, thanks to its enchanting medinas, colorful tile work and inviting riads. But over the past few years, Morocco has experienced a hotel boom, with a notable flurry of new luxury hotels set to open in 2020. Keep your eyes peeled for inspired new openings by Anantara Al Houara Tangier Resort, St. Regis Tamuda Bay and the Ritz-Carlton Rabat, among others. 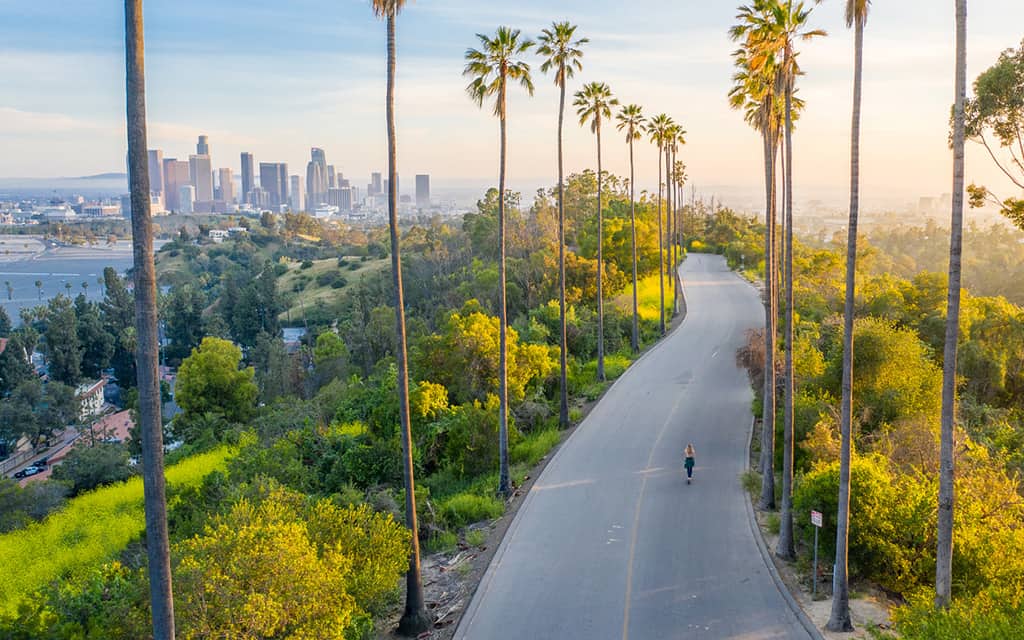 Move over Mickey, Anaheim has more than just theme parks to explore. True, Disney Parks will still be a major force (pun intended) thanks to the Star Wars: Rise of the Resistance opening at Disneyland’s Galaxy’s Edge and an Avenger’s Campus coming to Disney California Adventure Park. But there’s more. For a good night’s rest, impressive decor and amenities, and convenient location, check out one of nearly a dozen new hotels opening soon in the area, including JW Marriott Anaheim, Westin Anaheim Resort, Anaheim GardenWalk Resort Hotel, and a new Kimpton in nearby Garden Grove. Looking for epic food, craft cocktails and live entertainment? Anaheim has 19 breweries and counting. The Anaheim Packing District (an upscale food hall) is now home to video-game coffee shop Requiem, and nearby HomeMADE, an eclectic residential project promoting culinary artist. Just down the street comes brewery Leisuretown by Modern Times Beer, which includes a vegan Mexican cafe, food stalls, movie screen and swimming pool. Anaheim Garden Walk also has a plethora of restaurants, bars, and cafes to choose from. No wonder Mickey loves living here. 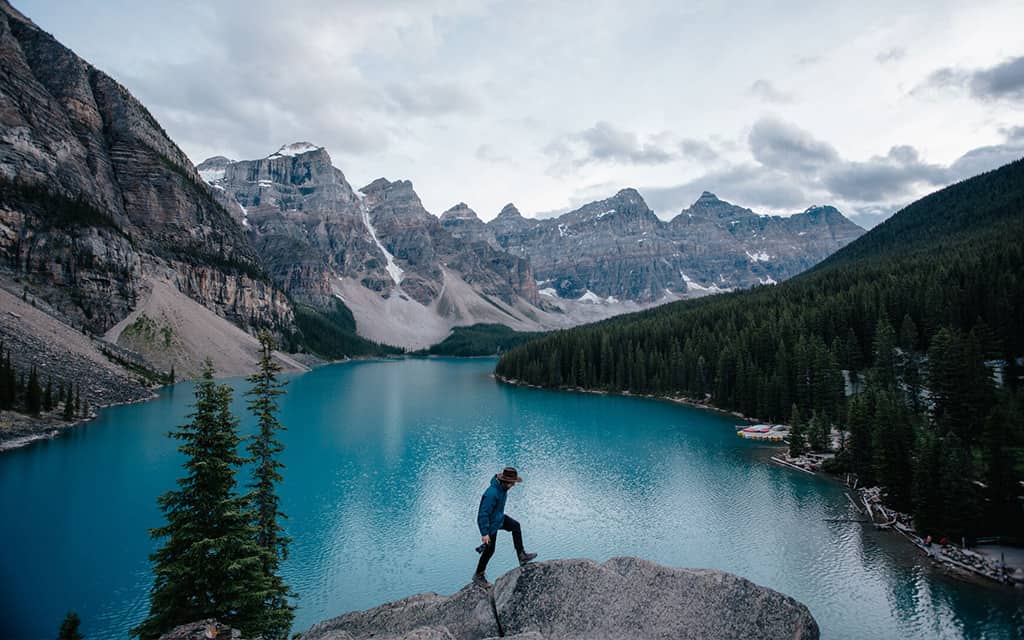 Social media can transform a relatively unknown destination into an Instagram sensation. Such is the case with Banff National Park. The jewel-colored lakes of this Canadian Rockies destination, which are routinely featured on social media by travel publications and travelers alike, have helped to boost visitor numbers to more than 4 million each year—a nearly 30% jump from just seven years ago. No longer in the shadows of parks such as Yellowstone or Yosemite, Banff woos and wows with the ethereal beauty of its glacier-fed lakes; the rugged adventures of its forested terrain; and the stunning Icefields Parkway, arguably one of the most stunning mountain drives in the world. Experience it before tourism numbers climb much higher, and journey beyond the well-worn (and selfie-heavy) trails that hug popular spots such as Lake Louise and Moraine Lake to get a taste of what Banff was like before it became Insta-popular. 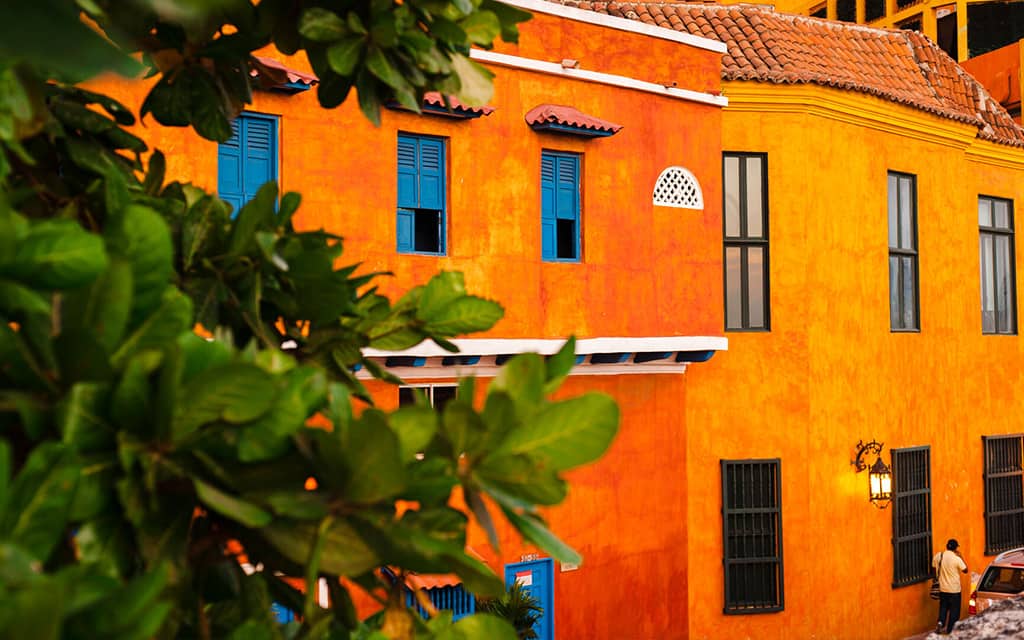 Colombia should be on every traveler’s 2020 list. While political unrest takes over neighboring countries like Peru, Venezuela and Ecuador, this South American hot spot continues to shed its formerly rough image. Delta added a new direct flight from JFK to capital city Bogota, while the Four Seasons recently announced a new property in Instagram darling Cartagena. (Hurry and visit this charming waterfront town before the tourist boom really happens!) Meanwhile, former cocaine cartel capital Medellin, has cleaned up its act big time and is now safer than New Orleans. Explore the city’s Barrio Provenza area for amazing eats, then stroll through Barefoot Park and the Botanical Garden to burn off a few calories. The people are truly reason enough to visit Colombia; kind and helpful and excited to have you. As the Colombian tourism ad of the aughts cheekily claimed—now “the risk is that you’ll want to stay.” 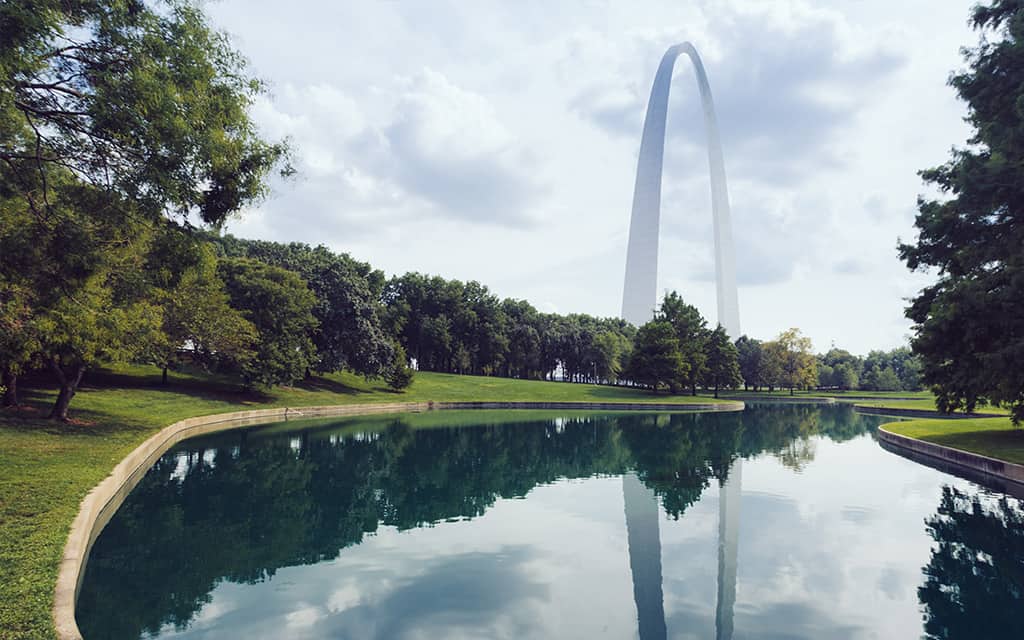 St. Louis is having a moment, a ridiculously big moment. The city just opened its first aquarium, part of a $70 million entertainment complex in Union Station. Also newly launched is the St. Louis Wheel, a 200-foot observation wheel and the Mirror Maze, a replica of the 1904 World’s Fair attraction. And while we may never have trekked to St. Louis for its food in the past, there will be a reason to do so in 2020. They’re opening their first food hall, along with a slew of trendy restaurants including Balkan Treat Box (opened in February), Tempus (early 2020) and Elmwood (opened in January). 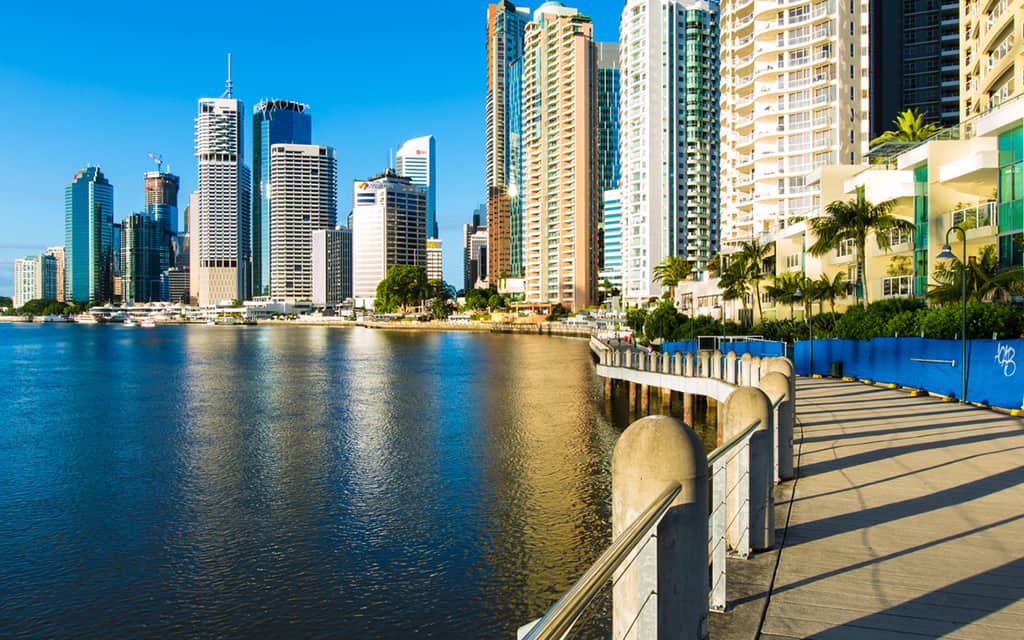 Since Qantas has opened up direct routes from Chicago and Dallas, Australia’s third-largest city has become more accessible than ever. Sure, it’s a long-haul, but nothing cures jet lag quite like a night in the city’s newest open art hotel, Fantauzzo. or at The Callie Hotel—home to culinary hot spot Hellenika. Of course, despite the city’s slate of new eateries and watering holes like Honto, Greca, Me. Percival’s and Next Episode, you’re probably there for the Aussie signifiers. Catch a kangaroo kiss and cuddle a koala at the Lone Pine Koala Sanctuary.

In 2020, Plymouth, aka “America’s Hometown,” is throwing down. While the size of Plymouth rock, the city’s signature historical attraction, is shockingly small, Plymouth’s celebrations honoring the 400th anniversary of the 1620 landing of the Mayflower are supersized and include a year’s worth of cultural events. And of course, come November, there’s only one place to be: at the main event, their candle-lit Thanksgiving. 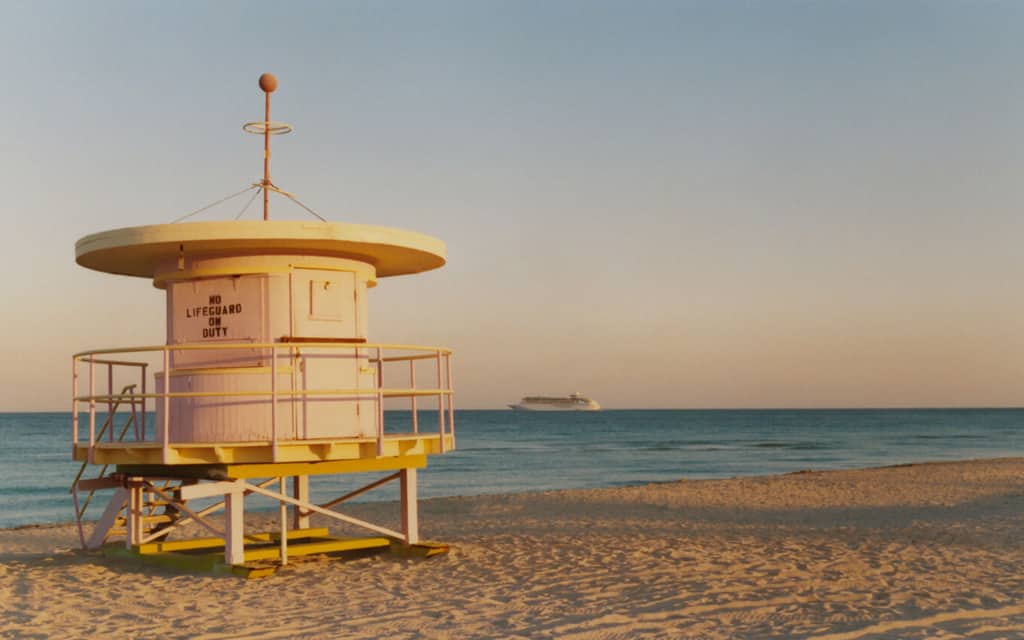 Forget New Year’s. The real party happens in February, when Miami hosts the Super Bowl. Be there in person for every Kaepernick-inspired knee bend and sweat-soaked dance step as Jennifer Lopez and Shakira co-headline the halftime show. 2020 also marks the 50th anniversary of Art Basel, and a trio of international artists are already working to curate what’s sure to be the event’s biggest year yet (if they can top that duct-taped banana). And because you’ll need someplace to lay your head, the new year also brings the comeback of The Thompson South Beach, a hotel that has undergone several iterations and will return with outdoor Wallcast concerts from New World Symphony. 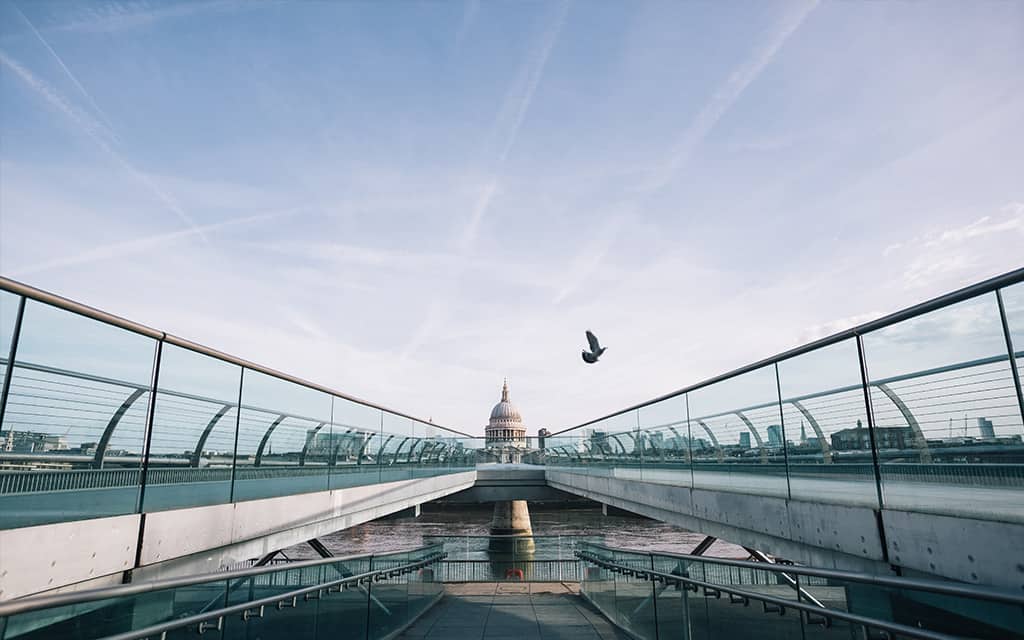 As the nation continues to broker a Brexit deal, officially splitting them from mainland Europe, it seems likely the exchange rate of the Pound will continue to drop. Which means if you’ve been eying a chance to go chase Kate, William, Meghan, Harry and the gang, now might be your chance. Use your favorite movies as a guide, or just take a relaxing walk along the River Thames. At day’s end, check into a new hotel like the Nobu Hotel Portman Square (coming in spring) or “super boutique” hotel The Londoner, Leicester Square (coming in summer). After the madness of 2019, you’ve earned a good night’s rest. 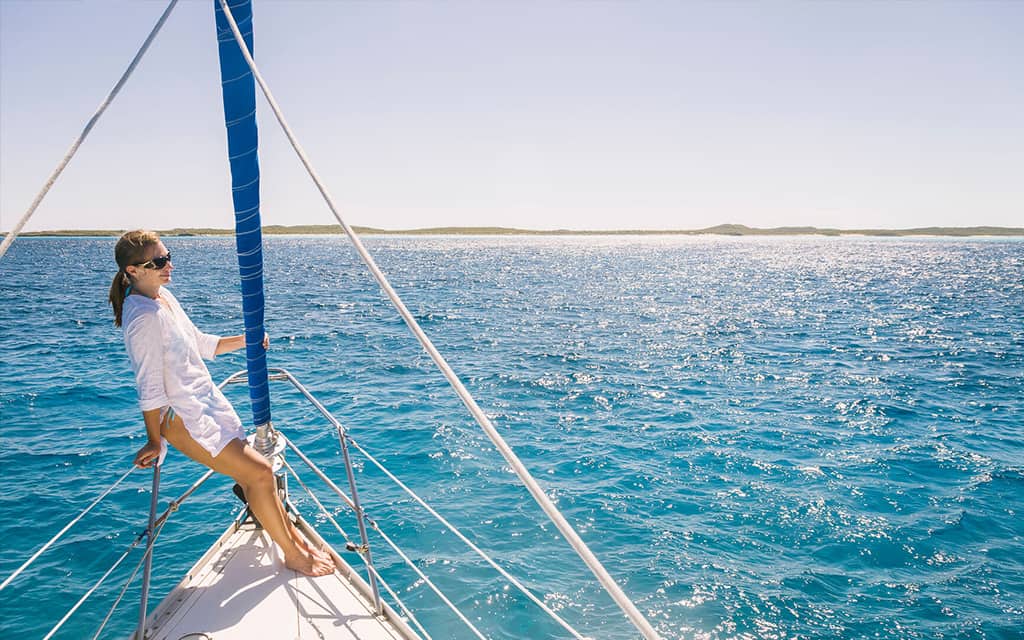 Hurricanes and shark attacks were so 2019. In 2020, crowds are expected to be light (thanks, Dorian!), even though only two out of 700 islands were seriously impacted. Resorts like Atlantis are running incredible deals to lure visitors back, and MSC Cruises will be opening The Ocean Cay—it’s own private island—there. Most of the tourism areas are already back in business, and if you’re feeling super generous, you could always drop off some supplies while you’re visiting.

How to relax in the Canadian Rockies

How to have the perfect Bolivia Salt Flats adventure