Germany is a beautiful country with charming towns, cosmopolitan cities, and countless mountains and lakes. No matter how you like to travel, you can find a place that suits your travel style perfectly. Kirsten Maxwell of Kids Are A Trip shares the best German cities to add to your Europe bucket list. 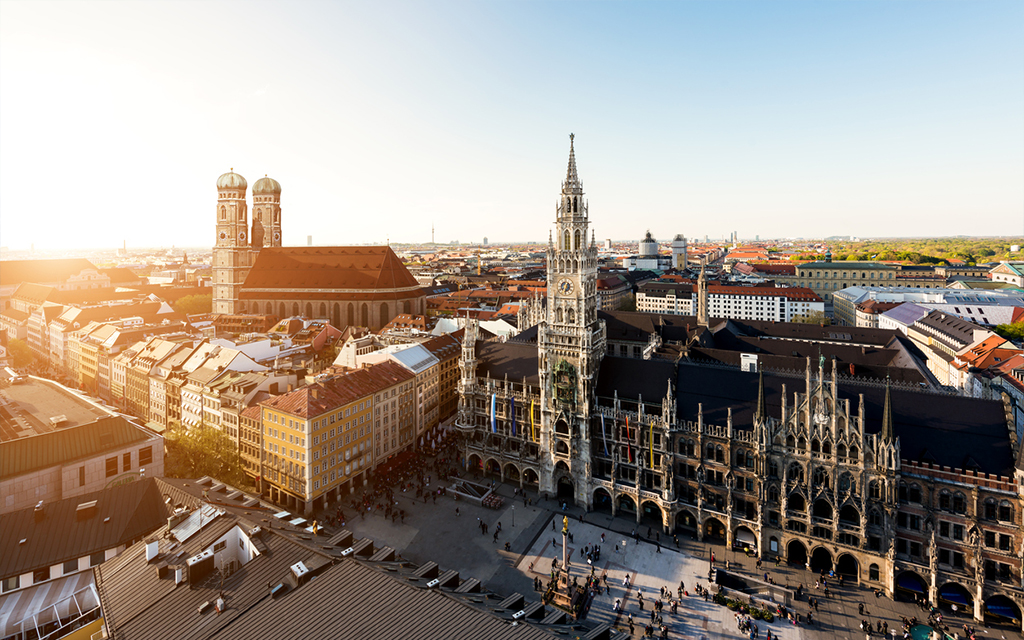 While Munich is best known for its Oktoberfest, it shouldn’t be overlooked the rest of the year. The city sparkles at Christmas time, when it transforms into a winter wonderland with a vibrant Christmas market in the town square. In spring and summer, it’s the perfect time to take a walk in the English Garden, people watch and have a picnic. There’s simply not a bad time to visit Munich.

Most visitors make their way to Marienplatz, the main square in the Old Town, to see its famous glockenspiel. The Neue Rathaus (New Town Hall), has a tower where figurines parade around the glockenspiel every day telling the story of a 16th-century royal wedding and jousting tournament. Those wanting a spectacular view can climb the tower of the Rathaus or the nearby Peterskirche (the oldest church in Munich).

Don’t miss Munic’s royal palaces, the Munich Residenz (the former seat of government dating to the 14th century) and Nymphenburg Palace (one of the largest palaces in Europe built as a summer residence in the 17th century). Car lovers will want to visit the BMW Welt Museum and families won’t want to miss the Deutsches Museum with its U1 submarine, built to size coal mine, and more than 28,000 artifacts.

Make sure to spend time at one of the city’s beer gardens (they’re everywhere) and visit Hofbrauhaus, a 16th-century beer hall filled with locals and tourists alike. Find Munich hotels here. 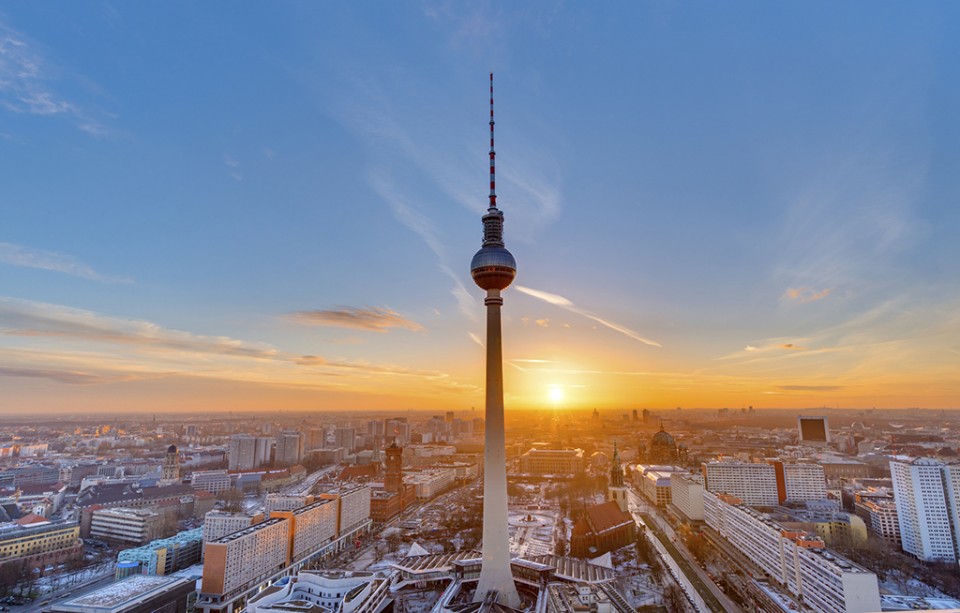 Berlin is the quirky, artistic German capital and as a city of 3.5 million people, it definitely offers a big city feel. Most of the city was destroyed during World War II, and immediately afterward was divided into occupation zones. In 1961, the Soviets built a wall separating the residents in the communist-occupied part of the city from the rest of Berlin. That wall stood as a symbol of oppression until 1989, and once it was dismantled, the city started booming.

Most of the attractions in Berlin are centered around these major events, so if history is your thing, Berlin is for you. Don’t miss the Kaiser Wilhelm Memorial Church (the hole in its roof was caused by a bomb during the war), Brandenburg Gate (a symbol of unification of East and West Germany), The Reichstag (the house of parliament), Check Point Charlie Museum (a famous crossing point along the Berlin wall, now a museum) and the Holocaust Museum.

Once you’ve had your fill of history, head to Tiergarten Park, the city’s largest green space, perfect for a bike ride or afternoon stroll. Visit Charlottenburg Palace, a 17th century Baroque summer residence, and spend time in its gardens. Or see the city from the water via a cruise on the river or canals.

Berlin also has amazing shopping (don’t miss KaDeWe, the largest department store in the city), must-see art galleries (a visit to the East Side Gallery and Museum Island), a terrific café culture, and brilliant night life. It is honestly a city that never sleeps.Find Berlin hotels here. 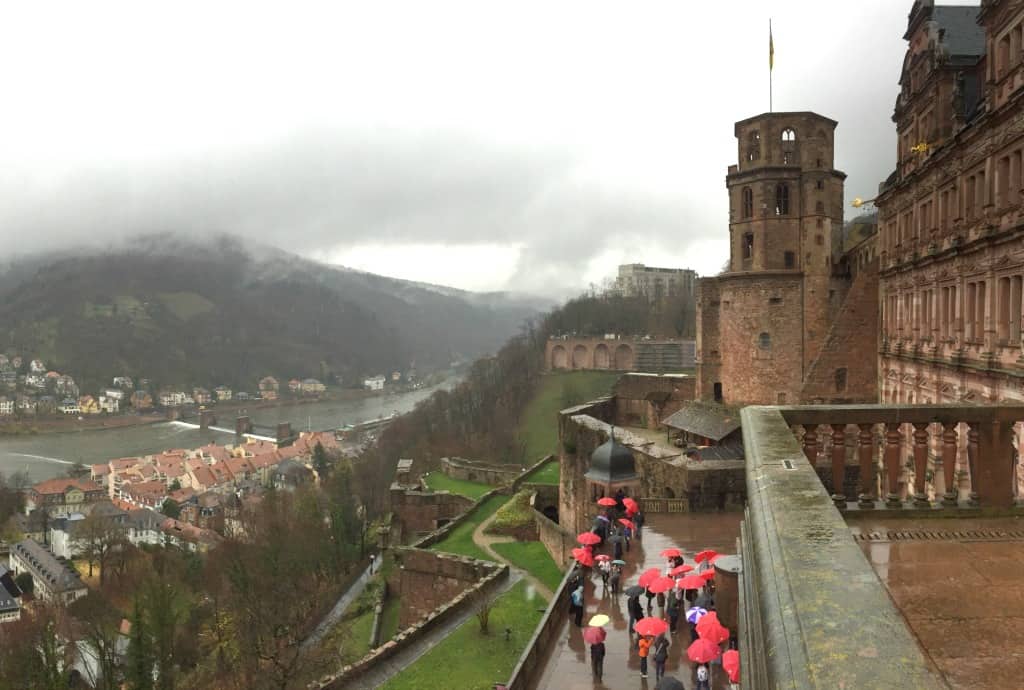 Heidelberg is home to the oldest German university, as well as a castle that dates to the 13th century. The city has an envious position on the Neckar River and is located in the foothills of the Odenwald Forest. It is a charming city to visit any time of year.

It’s impossible to miss Heidelberg Castle, perched high above the town. Take the Bergbahn funicular to this stunning red sandstone castle built in the 13th century. Don’t miss the 34,000 gallon giant wine barrel, apothecary, and views of Heidelberg and the river below. Heidelberg University was founded in 1386 and is one of the oldest universities in Europe. Take a tour of the Alte Aula (Old Hall), University Museum, and Student Prison where students were kept after committing petty crimes.

The city’s main street, Haupstraße, is the longest pedestrian zone in Europe. With its bakeries, shops and cafés, it’s easy to spend an afternoon here. If the weather is nice, cross the Neckar River to Heiligenberg, a tall hill where you’ll find the Philosophers’ Walk. This is a beautiful hike passing through the Philosopher’s Garden, St. Michael’s Monastery ruins, and further up the mountain, Thingstätte, a 20,000 seat open air amphitheater. The Philosophers’ Walk is a favorite destination for all ages. Find Heidelberg hotels here. 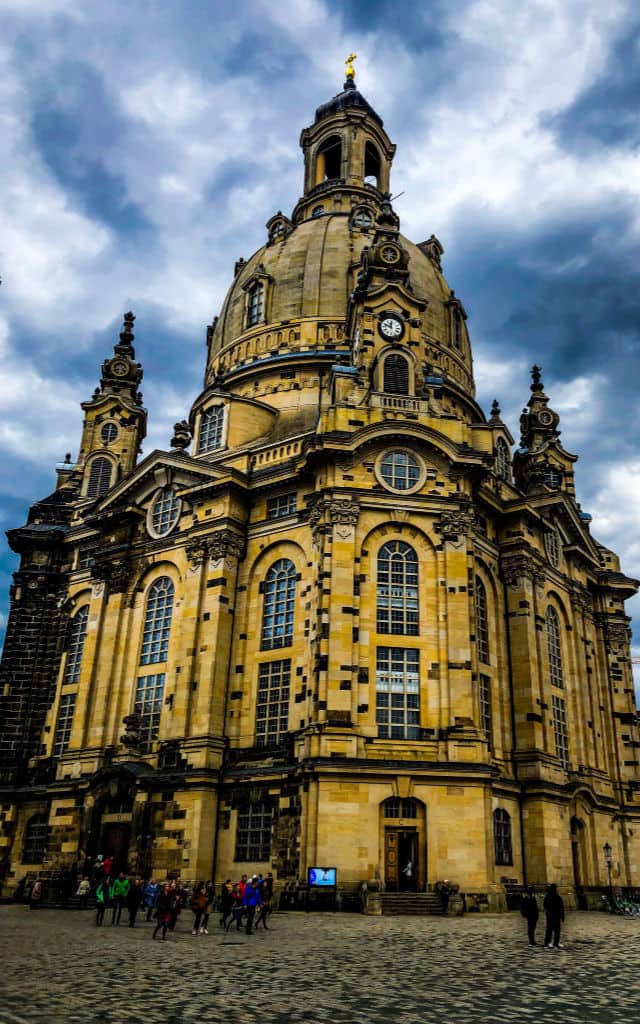 Dresden is one of those German cities you have to see to believe. Over 80% of the city was destroyed in World War II, but it has been mostly restored in the last 75 years to its former Baroque glory. For hundreds of years, Dresden was the residence for the Kings of Saxony and has been called the “Florence of the North.” The city lies in the eastern part of Germany, along the Elbe River, and has stunning art museums and architecture to rival any European destination.

Start at Brühl’s Terrace, a beautiful promenade overlooking the River Elbe, and lined by ornate buildings like the Royal Art Academy and the Ständehaus, the former parliament building. Head to Theaterplatz, the main square, which is surrounded by the city’s most beautiful landmarks, including the Royal Palace (Residenzschloss), Semper Opera House and Zwinger Palace. If historical landmarks aren’t your thing, head to the Dresden Museum of Military History or take a ride on the Schwebebahn, a cable car which provides unbeatable views of the city and the river.

All of these historical buildings are grand, but if you’re looking for a different vibe, head to the other side of the Elbe River, where you will find Neustadt, a trendy area filled with street art, cafés and nightlife. Find Dresden hotels here. 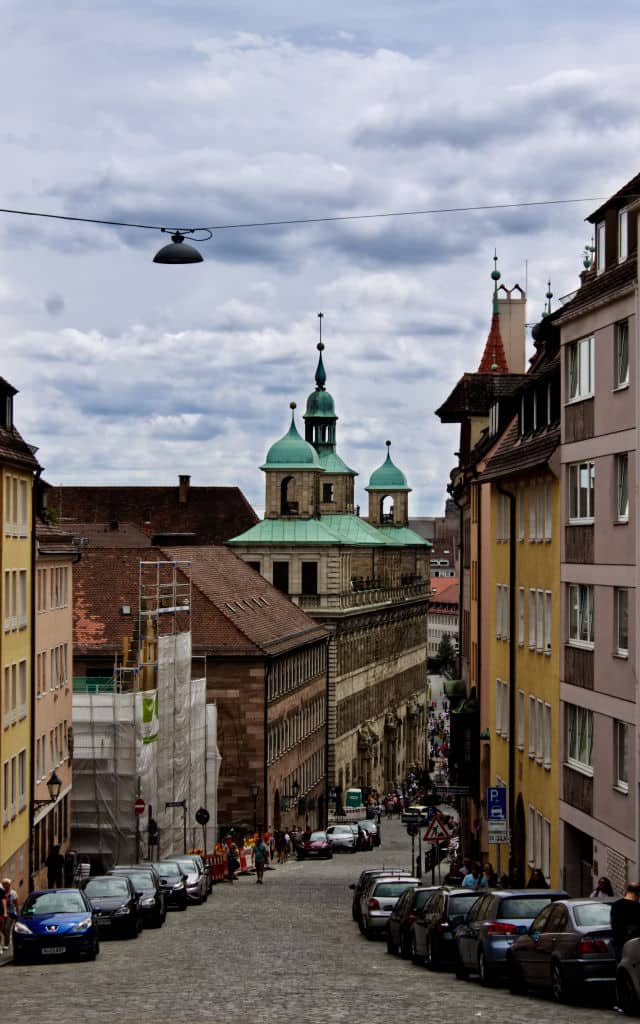 At one time, Nuremberg was the unofficial capital of the Roman Empire, but most of its notoriety stems from its involvement in World War II. During the war, it was the heart of the Nazi regime, but post war, it was the site of the famous Nuremberg Trials, where top Nazi leaders were put on trial for their crimes. Today, the city is still defined by its attachment to the war, with the Nuremberg Trials Memorial and Nazi Party Rally Grounds being sought out as historic tourist attractions.

However, there is plenty to see in Nuremberg that is not attached to the war. Start with a walk along the city walls (the city’s defense system from the 16th century) which spans five kilometers around the town. Head up the hill to Kaiserburg Castle, the Imperial Castle, where you can learn about the town’s history and see a fabulous armor and weapons collection. From the top floor is the perfect view of Nuremberg’s red rooftops.

If you’re visiting during the Christmas market season, don’t miss the market in Old Town, where you can see the Nuremberg Christmas Angel, take a carriage ride and sample some of the town’s famous offerings: Nürnberger Rostbratwurst (sausage) and lebkuchen (gingerbread). Find Nuremberg hotels here. 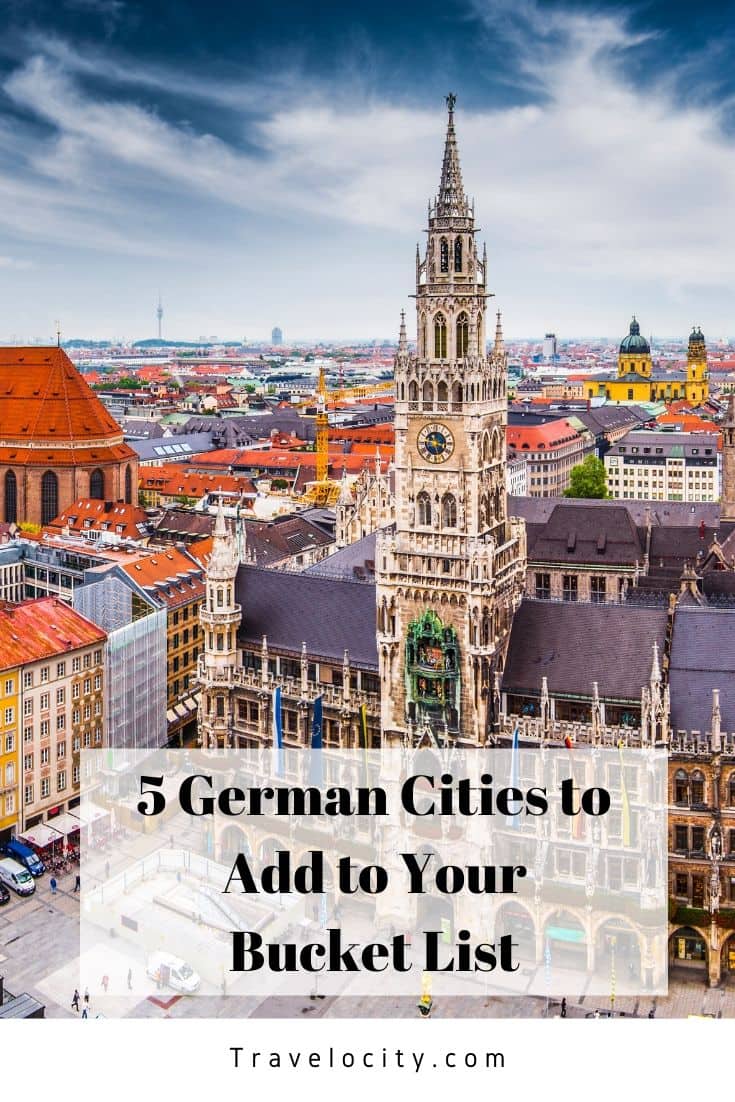 Top things to do in Charlotte