Maybe you’re a first time visitor to San Francisco enticed by photos of excited passengers clinging to upward lurching cable cars, or perhaps you’ve lived in the city for years and have always wondered about that old penitentiary sitting out there on Alcatraz Island. We’re here to tell you: It’s time to indulge your inner tourist! San Francisco is justly famous for many reasons (gold rushers, hippies and most recently tech workers, to name a few), and while tourist magnet Fisherman’s Wharf induces cringes among many a savvy traveler, hanging with the flapping and yapping sea lions who call the ‘hood home is actually kinda cool. Grab your selfie stick, secure your fanny pack and don a sturdy pair of walking shoes; here are 10 touristy things you must do in the City by the Bay.

RELATED: 9 tips to sip like a pro in California Wine Country 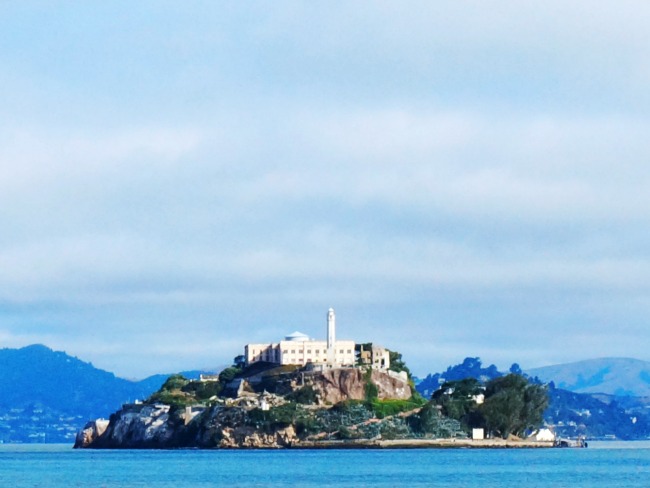 Two things are true about Alcatraz. One is that the former prison is a megawatt tourist magnet, and two is that you most definitely should visit it. A famous landmark sitting right in the middle of San Francisco Bay, Alcatraz operated as a prison from 1933 to 1963 and in its heyday housed notorious criminals like Al Capone and Machine Gun Kelly. Dozens attempted to escape; none did so successfully (five men made it off the island, but are presumed to have drowned in the Bay). But instead of taking our word for it, ride a boat out to the island for orientation, a self-guided tour, interpretive talks and the freedom to explore the island at your own pace. Want to really get creeped out? Book a nighttime tour. 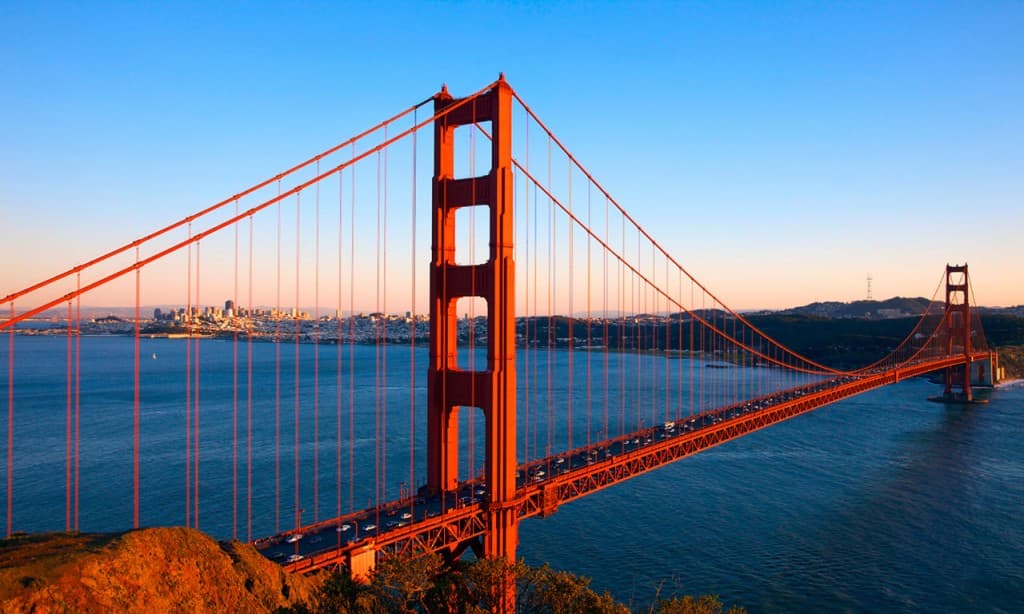 The 11 construction workers who lost their lives building the Golden Gate Bridge didn’t make the sacrifice for the sake of the perfect Instagram upload, but they’d nevertheless be impressed by the fruits of their labor. The 8,981-foot suspension bridge is a masterstroke of Depression-era engineering and a dazzling city icon. There is no bad side to the bridge, but if we had to pick our favorite perches from which to snap a pic, we’d have to say either Marshall Beach, the Marin Headlands or Marina Green.

Join the queues at Tartine

We’ve learned the hard way that tourists tend to rise and shine around 9am. We know this because it’s around that time that weekend lines outside Tartine, a beloved bakery in San Francisco’s Mission District, become painful. But even at that hour it’s worth the wait. Pain au chocolats, petite tarts, quiches and hot-pressed sandwiches will compete for your palate’s attention, but skip all those in favor of Tartine’s ridiculously popular morning buns. Pillowy on the inside, slightly crisp around the edges and highlighted with a zest of orange, they are the reason we wait… and wait… and wait.

All day long they growl and yell and chirp and burp, but they sure are a hoot to stare at, if only for a few minutes. We’re talking, of course, about the sea lions, the blubbery residents who decades ago took up residence at Pier 39 at Fisherman’s Wharf and remain a delightful (albeit stinky) tourist fixture. In winter, their numbers can supposedly swell to 900, while in summer they head south to the Channel Islands near Santa Barbara for mating season (although some stick around all year long). The sea lions are protected: Don’t feed them, don’t harass them. Just enjoy them. 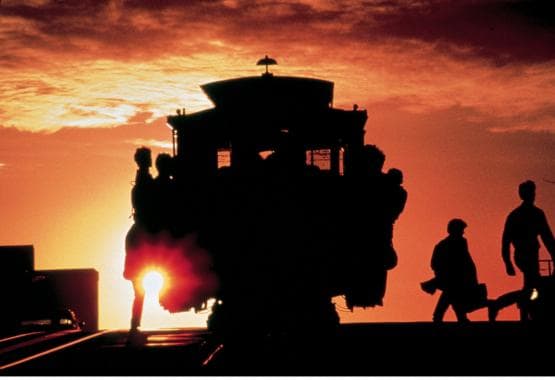 The queues are miserably long, but riding one of San Francisco’s rickety cable cars is a thrilling experience for first timers and a great way to see the city’s most famous neighborhoods.There are three functioning lines. The California line is the flattest and the one most likely to provide legit crosstown transportation for locals. It’s the Powell-Mason and Powell-Hyde lines that swoop up and down the city’s famous hills, trudging first through Union Square and climbing to Nob Hill and Russian Hill before descending to tourist mecca Fisherman’s Wharf. Afterward, check out the free and excellent Cable Car Museum to understand how it all works.

At more than a thousand acres (larger than Central Park in New York City), Golden Gate Park is a doozy. Where to start? The elegant Japanese Tea Garden is beloved by tourists and locals alike and, paired with a visit to the de Young Museum of Art, makes for a perfectly fine afternoon. But there’s also boating on Stow Lake, free-roaming bison at the Buffalo Paddock near Spreckels Lake, drum circles at Hippie Hill, quiet respite at the National AIDS Memorial Grove and trippy rooftop architecture at the California Academy of Sciences.

Visit the Painted Ladies at dusk 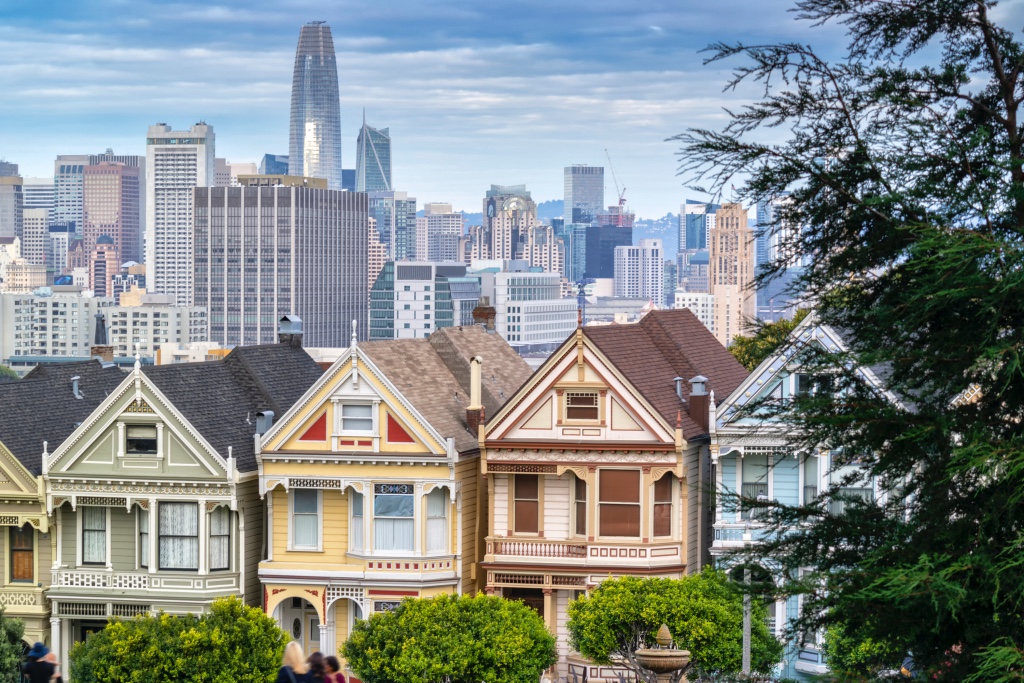 Victorian-era homes are everywhere in San Francisco. Well-heeled locals clamor to live in these ornate and pastel beauties while shutterbugs love to photograph them. Surely, the finest photo op in the city are the cascading row of them on Steiner Street facing Alamo Square Park in the city’s Western Addition neighborhood. Affectionally known as the “Painted Ladies,” the colorful Queen Anne-style homes serve as a particularly stunning backdrop because the ladies are perfectly framed in the background by the city skyline and arriving at dusk is nothing less than sublime. If the homes look a little familiar, it may be because they were featured in the opening credits of beloved 80s sit com Full House.

See a movie at the Castro Theater

It might seem counterintuitive to travel all the way to San Francisco just to see a film, but the Castro Theater is no ordinary movie house. The 1,400-seat icon and fixture of the city’s Castro neighborhood (thanks to its iconic neon sign) alternates between screen classics, splashy premieres, festival films, Disney sing-alongs and even live shows. But another real reason to visit are the live organ performances that happen before screenings by the staff organist (who has been there since 1978) and played on the world’s largest organ (installed just last year). You’ll likely get to tap along to local fave, the “Theme from San Francisco.”

Enjoy dim sum and then some 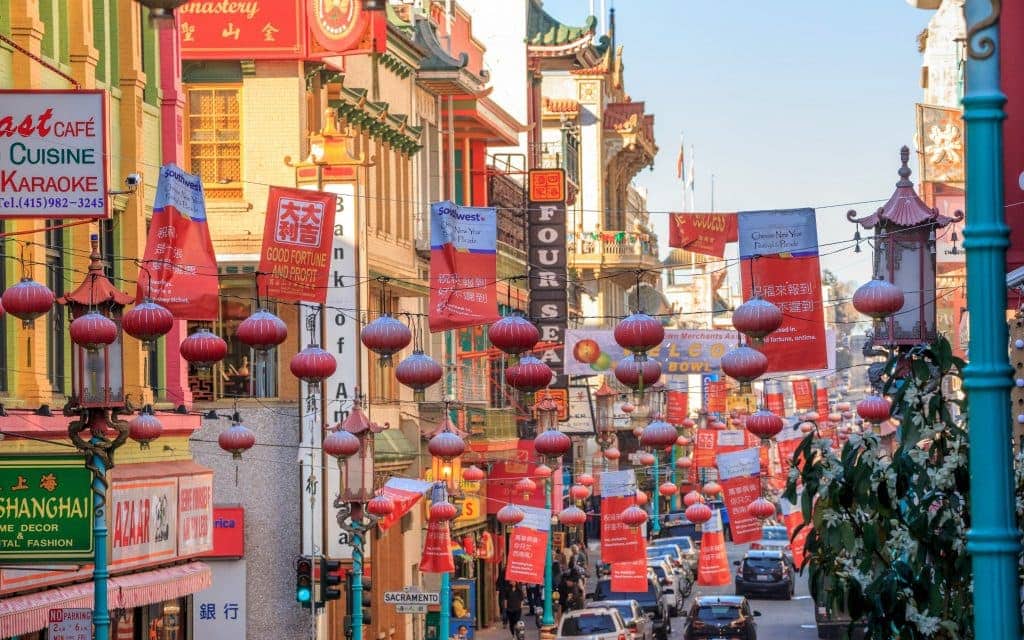 It is generally accepted that Chinatown is the largest and oldest Chinese enclave outside of Asia. Centered around Stockton Street and Grant Avenue, a stroll through the nabe awakens the senses thanks to its colorful sights, exotic smells and bustling storefronts. For sure come for the food: Tourist faves include the ubiquitous House of Nanking and Yank Sing, Z & Y Restaurant and Dim Sum Bistro. Don’t leave the ‘hood without first taking a free tour of the Golden Gate Fortune Cookie Factory where the iconic cookie has been made daily by hand since 1962.

It’s fabled to be the crookedest street in the world, but in fact it’s not even the most crooked street in San Francisco! But twisty Lombard Street on Russian Hill is nevertheless a postcard perfect sight to behold and a feat of ingenuity featuring numerous switchbacks meant to ease the impossibly steep street it was built upon. Truth be told, you’d be foolish to rent a car in walkable San Francisco (parking is near impossible anyway) so do yourself a favor and simply stand at the bottom (or top) and watch traffic slowly inch its way down like dripping molasses.