Los Angeles is one of the most visited cities in the world, making it easy to get caught up in tourist traps. There is much to see and do and because of its vastness, it can get a bit overwhelming. The main thing to keep in mind is that Los Angeles has no real city center. Yes, there is a downtown, but it’s better to think of LA as a compilation of distinct cities and neighborhoods, offering things to see and do. This makes it very difficult to walk from place to place, hence the city’s famous traffic jams and gridlocks. Slowly Los Angeles is improving its subway and light rail lines and finding new ways to make it easier to travel to and from the airport. But while we wait for these improvements, here are some things to know before visiting Los Angeles to make the glitz and glamour seem real.

If your plans are to hit all the major spots like the Santa Monica Pier, Downtown (DTLA), Venice, Hollywood and Beverly Hills, a rental car is your best bet. Make sure the car has a GPS, since traveling in a new city using your cell GPS isn’t safe… especially during high traffic times, which in LA is all day, seven days a week. The Metro has six lines which run from Downtown to places like Pasadena, Chinatown, Santa Monica, Culver City, Universal Studios, Long Beach and Exposition Park. The Metro Expo Line (or E Line) travels from Downtown to Santa Monica in one hour, saving you time and angry honks. There’s also plenty of bus routes and two Bus Ways, a rapid bus system with limited stops. A newer addition is the Metro Bike Share program with bikes in DTLA, Pasadena and Venice. The cost is $5 for a day pass or $1.75 for 30 minutes or less and an additional $1.75 for every half hour thereafter. If traveling with kids, a rental car is probably your best bet; just make sure to bring an iPad since you’ll be in traffic a lot.
TIP: Freeways are always referred to as “the”… as in “the 5” when talking about the 5 freeway, “the 405” when talking about the 405 freeway, and so on. 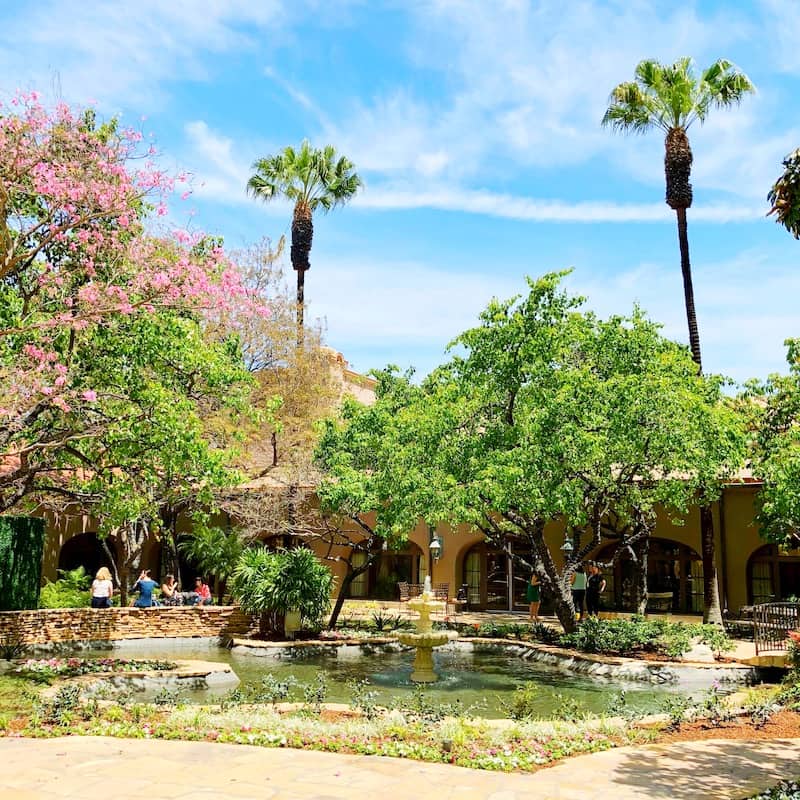 Even though Southern California is sunny almost all year round, there are some exceptions. January is the rainy season and makes it harder to get around. Angelenos, for the most part, don’t know how to drive in the rain. Keep this in mind if you’re planning on visiting around this time.

Also, it’s worth noting that it can be in the high 80s in Downtown LA and a cool 70 near the beaches (and even hotter in the San Fernando Valley). The nights tend to be cool, even in summer, so packing a light sweater is always a good idea. The Santa Ana winds can also wreak havoc and these tend to show up randomly from October to March. The Santa Ana winds will bring humidity and what Angelinos typically refer to as “earthquake weather.” It’s funky weather that is hard to describe. 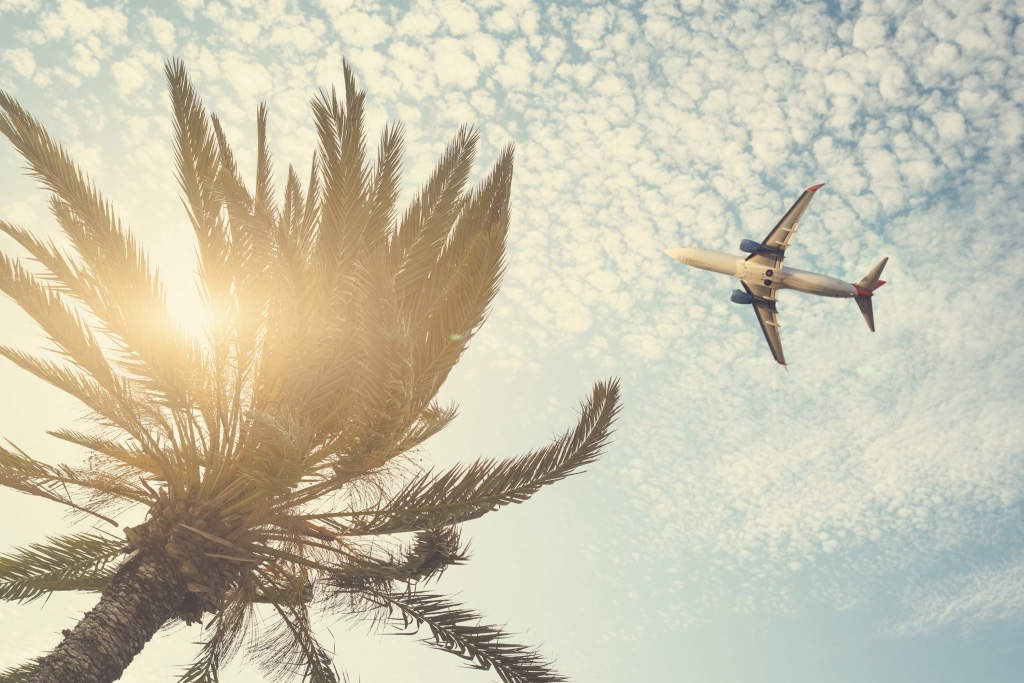 The first thing when looking into Los Angeles is choosing an airport. There are three main airports in or near Los Angeles: LAX, Burbank and Long Beach. Each one has its good and bad features. LAX is the most affordable, but the busiest, hectic and known for delays. Long Beach and Burbank are smaller, pricier and have limited airline options but the upside is that they’re much smaller and thus less crowded and easier to get in and out of. If visiting Disneyland, consider flying into John Wayne Airport (SNA) in Orange County, which is about 20 minutes from Anaheim. Compare pricing and keep in mind transportation costs to and from the hotel, and to your first destination.

As with any major metropolitan city, getting from A to B can take longer than expected. Los Angeles traffic will make sure that your 20-mile trip takes two hours. Organize each day by staying in one location, never try to tackle DTLA and Venice on the same day because you will spend half of it in gridlocks. Print a map with your top destinations or buy one from a gift shop and group locations by closeness to each other. For example, do Hollywood and Beverly Hills on the same day, and add Griffith Observatory in the evening. In DTLA, hit the museums during the day, then head to Placita Olvera for music and great Mexican souvenirs.

Speaking of museums… Los Angeles has some of the best free museums, including The Broad, Getty Center, Getty Villa, Hammer Museum and Annenberg Space for Photography. These are always free although although you’ll likely pay for parking (which can run $10–$20). The Broad has special exhibits that do require a time-sensitive ticket, which are free, but must be reserved online. Other museums have free days like Thursdays at Skirball Cultural Center, second Tuesdays at LACMA, Thursday evenings at MOCA and free first Fridays at the Norton Simon Museum. Our top pick for family-friendly museums is the Getty Center since they have a kids section with hands-on activities and an art scavenger hunt and they offer complimentary stroller rentals.

Getting to this famous landmark takes some planning. Local residents have made it harder for tourists to get to the sign. The way to get the closest requires a seven-mile roundtrip hike. The hike is easy for most kids, making it a great option. The best place to park is at Griffith Observatory, since there’s no worry about getting towed and they have restrooms onsite. Start early in the morning since it gets hot and crowded by afternoon. The trailhead starts at Mount Hollywood Drive and West Observatory Road, where you will find a hiking trail map with instructions. This will lead you to the back of the sign, which reads Dollywood but is the closest to the sign.

If you are hoping to run into your favorite movie star, the Hollywood Walk of Fame is not the place. The legendary strip is mostly souvenir shops, pushy tour guides and costumed folks trying to take a pic with your kids. Keep in mind that pictures with them are not free and they expect a $2–$5 tip per picture, especially if there is more than one person in it. It is always crowded and definitely keep away during movie premieres when traffic is horrendous. Instead, plan ahead and try to to book a live taping of a TV or talk show if you want to see some celebrities. 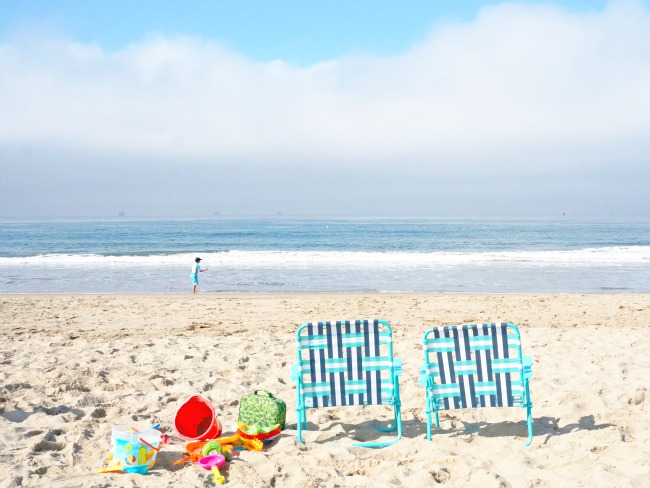 The West Coast boasts gorgeous beaches and breathtaking sunsets. Take a trip to one of the many local beaches and catch a volleyball game, rent a bike or ride the Ferris wheel at Santa Monica Pier. Keep in mind that the water is only warm between July and September, but taking that perfect sunset selfie is always recommended. Venice Beach is perfect for watching skateboarders, musicians, and, of course, athletes at Muscle Beach. If you’re in the Disneyland area, head a little ways south to Laguna Beach for picture-perfect cliffs and posh boutiques.

Los Angeles can definitely be kid-friendly if you rent a car. Since many visitors hit LA on their way down to Disneyland, you are bound to see many families at major tourist spots. The Walk of Fame is good for kids since they can find their favorite cartoon character’s star, take pictures with the superheroes, or watch the street performers. Just keep an eye on them at all time since it tends to be crowded. Many of the free museums are kid-friendly and even have art rooms or hands-on exhibits. The beaches are of course a great option for families, especially Santa Monica Pier’s Fun Zone, featuring arcades, rides and yummy carnival food. The hike up to the Hollywood sign is easy enough for kids; just take water and snacks. Placita Olvera has Aztec dancers, music, performers and typical Mexican desserts like churros, raspados, and fruit paletas, plus two free museums. There’s also Avila Adobe, the oldest house in Los Angeles, and LA Plaza de Cultura y Artes, featuring an exhibit for kids. Then, of course, there are cool things to do like going down the OUE Skyslide located atop the U.S. Bank building! There is always something happening in Los Angeles Parks, like outdoor movies, concerts, water zones and community free events. Follow Los Angeles County Parks & Rec on Instagram to get current schedule of events.