RELATED: Which Orlando theme park are you? (QUIZ)

Legoland’s tagline says it’s “Built for Kids,” but adults will also marvel at the miniature versions of American landmarks like the Kennedy Space Center, Washington D.C. and New York. On the thrill side, you’ll find more than 50 rides, shows and attractions, including highlights like the Lego Movie Masters of Flight ride located in the new LEGO Movie World land; the Great LEGO Race, which combines a rollercoaster ride with a virtual reality experience; the LEGO NINJAGO ride, where kids can use ninja moves to blast animated fireballs and 3D villains; and, for the price of a ticket add-on, the expansive Lego water park, which includes a wave pool. For an extra treat, book the park’s new Pirate Island Hotel, set to open in April of 2020. The hotel will feature a heated pool, separate kid/adult sleeping area in each room, daily in-room LEGO treasure hunts, character meets and more. Skip the line when you get your tickets in advance here.

Potter fans and muggles alike will fall for Universal Studios’ mouse-free theme park. The Wizarding World of Harry Potter – Diagon Alley welcomes you to Harry’s world with the thrilling Escape from Gringotts ride, which takes you deep underground as you try to escape Voldemort and trolls. When hunger sets in, fuel up at the Leaky Cauldron, a faux-grubby British-style pub inspired by The Prisoner of Azkaban. Also, be sure to get the Park-to-Park ticket so you can ride the Hogwarts Express between Universal Studios and Islands of Adventure parks! Beyond Potter, you also won’t want to miss the uber-thrilling Revenge of the Mummy coaster and the Hollywood Rip Ride Rocket. Reserve your advance tickets here.

Fly a motorcycle at Universal’s Islands of Adventure

The Island’s of Adventure park is also a must-see for Harry Potter fans, since it includes the Wizarding World of Harry Potter – Hogsmeade (not to be confused with Potter’s Diagon Alley land at Universal Studios). This is where you’ll find the super-popular Hagrid’s Magical Creatures Motorbike Adventure, where you’ll fly deep into the Forbidden Forest. Harry Potter’s Forbidden Journey ride is located here, too, and it takes you on a wild journey through Hogwarts Castle that includes a run in with the Death Eaters and a mid-air Quidditch match. Beyond Potter, thrill seekers will also love the Jurassic Park River Adventure, the superfast Incredible Hulk Coaster with its upside down loops, and the Amazing Adventures of Spider-Man, a 3D virtual reality ride where you battle various Marvel villains.

Wine and dine at Epcot 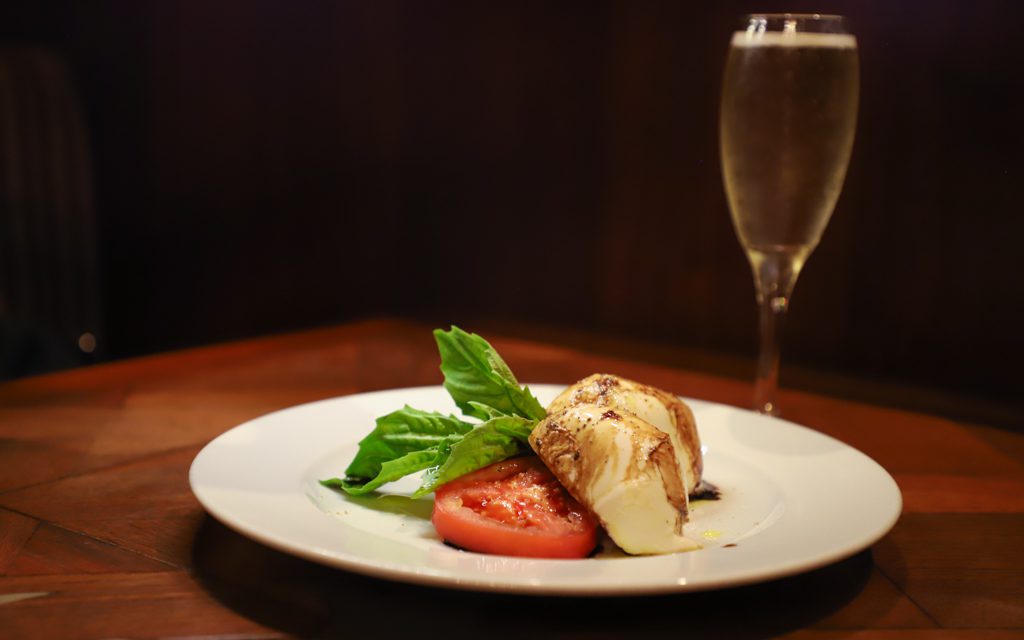 Eat around the world at Epcot

Of all the Orlando theme parks, Epcot is best known for its more sophisticated international cuisine, and that’s true year round. But for a few months of the year (usually the end of August to the end of November), foodies flock to the park for its famed Food & Wine Festival. No extra ticket is required to attend, and the food and drink featured at the fest’s 30-plus booths tends to ring in at less than $10 a piece. Most of the festival’s entertainment is also included with your regular ticket, though there is an additional charge for some of the talks, demos and premium events.

Swim with dolphins at Discovery Cove

This all-inclusive day resort offers close encounters of the animal kind. Snorkel a reef with thousands of fish, pet sting rays, hand-feed exotic birds or explore an underwater cave, beaches and rainforests. Of course, the highlight here is the chance to swim with dolphins—the time-ticketed experience includes a meet-and-great, plus a dorsal fin tow back to your group! All meals and snacks at Discovery Cove are included throughout your visit; get your tickets here.

Get just close enough to alligators at Gatorland 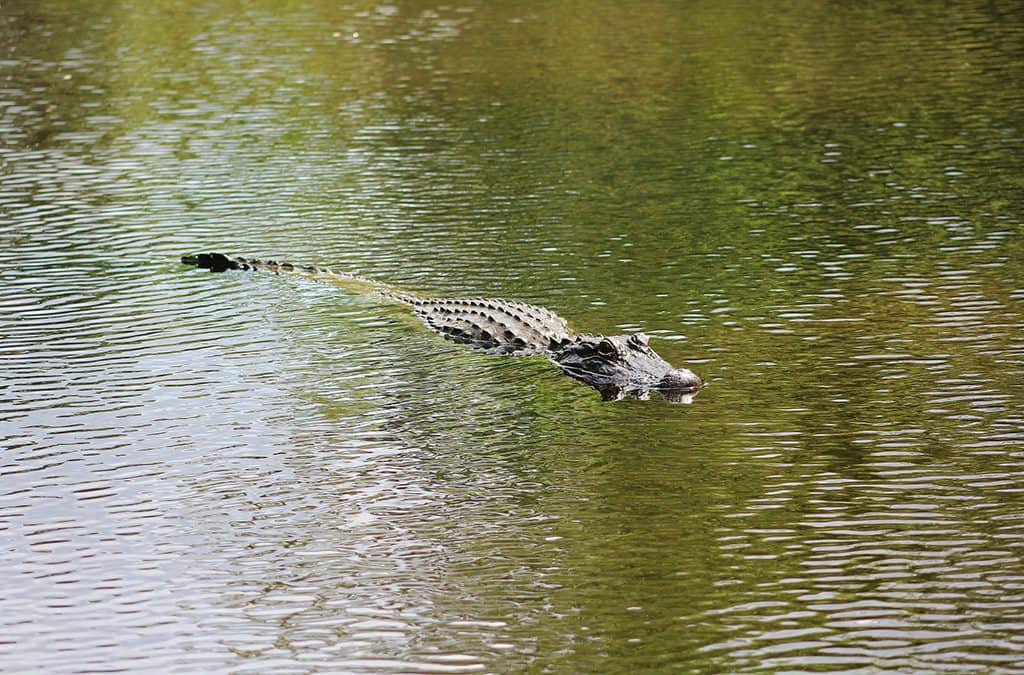 Part theme park, part nature preserve, this 110-acre attraction lets you come face to face with Florida’s most famous—and feared—animal, the Florida alligator. Gatorland is home to thousands of the creatures, as well as crocodiles, birds and goats. Kids will also enjoy the splash park while more daring guests can fly over a 1,200 foot alligator-filled swamp on the Gator Zip Line. You’ll want to bring a camera for this one! Get your tickets in advance here.

Go on a safari at Disney’s Animal Kingdom

Disney fanatics will passionately debate what is the “best” ride at any of the four Orlando parks, but when in Animal Kingdom, go with the one that best showcases the animals themselves, Kilimanjaro Safari. You’ll hop aboard an open-sided, safari-style truck and venture into the African wild, spotting zebras, rhinos, giraffes and lions along the way. You may even have to dodge a geyser or capture poachers. But once your safari’s over, be sure to tick off other top rides from your list, including the ever-popular Expedition Everest coaster with its resident Yeti and, of course, Avatar Flight of Passage in Pandora, a tech-forward 3D flying simulator that lets you hop on a mountain Banshee and soar across Pandora. Find your advance tickets here..

After running around trying to make the most of your theme park experience, you’re probably due for a relaxing beach day, or two. Fortunately, there are a few great beaches an hour or so from Orlando. Cocoa Beach near Cape Canaveral charms with its shop-and-restaurant–filled pier and waterfront tiki bars, while Daytona Beach, once famous for its raucous spring break scene, offers a fun-filled boardwalk, pier and beachfront bars.

Make a splash at Volcano Bay

Florida’s hot, humid weather makes a waterpark a wise choice in entertainment. Universal’s Volcano Bay is Orlando’s newest major theme park, loaded with thrilling water slides like the Krakatau Aqua Coaster to quiet secluded attractions like the waterfalls at Waturi Beach. Other highlights include the Honu ika Moana raft slides, the Ko’okiri Body Plunge with its drop through a trapdoor, and the Maku Puihi Round Raft Rides. The South Seas-themed park also outfits all guests with a smart wristband that lets you make reservations in a Virtual Line, so you can continue to enjoy the rest of the park until it’s your turn! 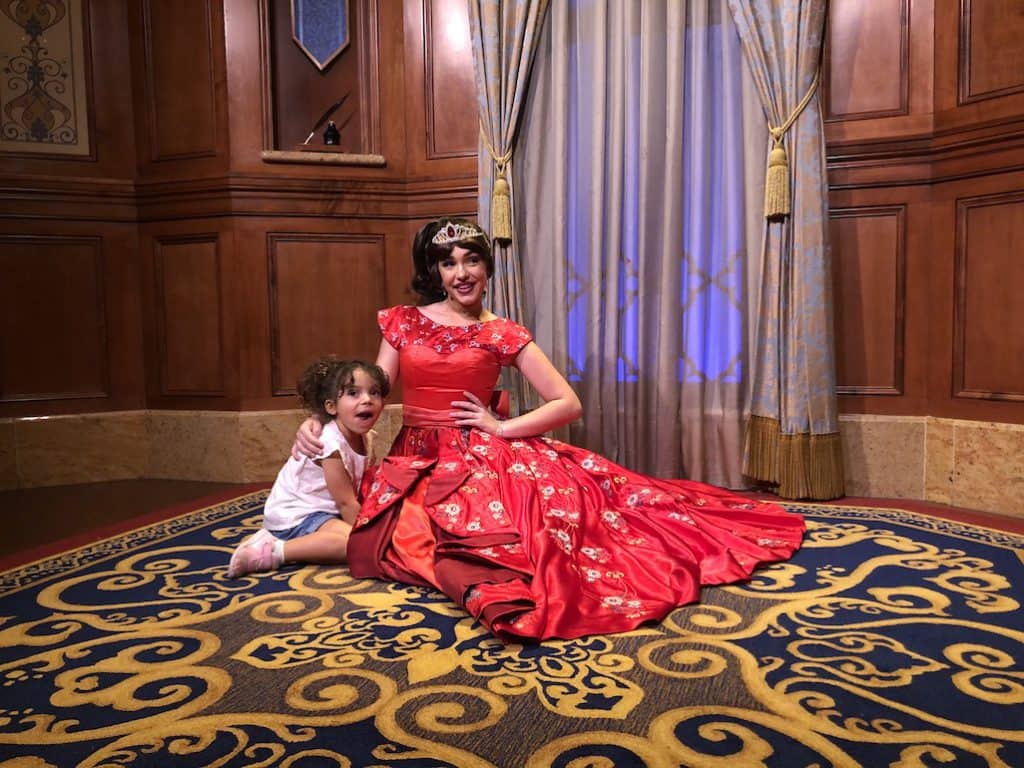 If you have young children obsessed with Disney films, a princess meet and greet is a fantastic use of your FastPass. Sign up to have your kid spend a few minutes chatting with favorites like Cinderella and Elena or Rapunzel and Tiana at Princess Fairytale Hall, or visit Jasmine, Belle, Merida and others at various locations throughout the park. Take your own pics or opt to buy the ones cast members take via Disney PhotoPass Service. Tip: Bring your autograph book and stick your photos opposite the princesses’ signatures to remember your visit! Also, save time at the gate and get your Disney park tickets here in advance.

You’ll see this 400-foot observation wheel with its colorful lighting from miles away. For the last five years, it’s been scooping up Orlando visitors in its 30 climate-controlled capsules for a 22-minute ride with incredible views. Adults will appreciate the Ferris wheel’s Sky Bar ticketing option, featuring bottomless beer, wine and Champagne throughout the ride. Make your reservation ahead of time here.

Part mall, part dining mecca, part entertainment complex, Disney Springs is where many theme park visitors come to unwind after a long day of sun and long lines. Much like Disney’s parks, Disney Springs is divided into several different themed lands—The Landing, Town Center, Marketplace and the West Side. And though you’ve left the parks behind, there’s no shortage of amusements here: Check out live music and entertainment on the outdoor stages, or take a ride on the train, boats or tethered hot air balloon. As for shopping, browse the massive World of Disney or the smaller Marketplace Co-op for themed merch, or check out more traditional mall-type stores. When it’s time to dine, you’ve got more than 40 options: Some of the more popular kid-approved restaurants here include the T-Rex Cafe, Planet Hollywood and the Rainforest Cafe. But make no mistake, some of Orlando’s top dining spots reside here, too: Jaleo by José Andrés, Maria & Enzo’s Ristorante and Chef Art Smith’s Homecomin’ all come highly recommended. Tip: Free buses run regularly between Disney Springs and Disney resorts and parks.

Go for a utopian stroll in the planned town of Celebration

Walt Disney always dreamed of building a model town, and in 1995, his dream came true in Celebration, Florida. The master-planned community, located about 15 minutes from Magic Kingdom’s gates, captures the look and feel of a classic Midwestern small town, with tree-lined streets, white picket fences, charming little shops and restaurants and architecture that hearkens back to the turn of the last century. Shop the walkable streets or dine al fresco at night under fairy lights in the Town Center or, better yet, come around Christmas when the town’s monthlong Now Snowing celebration brings a soaring Christmas tree, train with carriage rides, live performances, carolers and even fake snow. It’s truly a sight to see. Explore beyond the town square by taking a Segway or bike tour (which you can book in advance here).

This Orlando nightlife spot dazzles all ages with its popular Dinner & Show, an homage to supper clubs from days of yore like the famed Tropicana Night Club in Havana and the Cotton Club in New York City. Dine on three courses of “Floribbean” cuisine as you take in the live band and dancers performing samba, conga, hip-hop and more in all their feathered and sequined glory. A special kids menu is available; lock in your reservation here.

Witness a rocket launch at the Kennedy Space Center 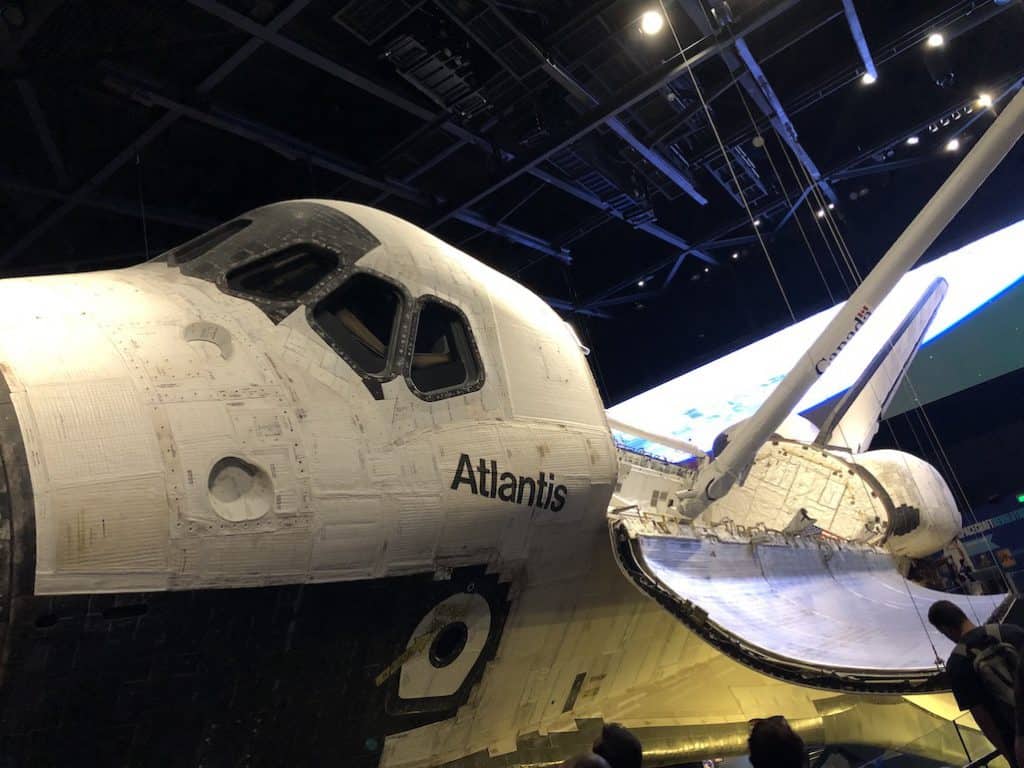 Rocket launches happen at the Kennedy Space Center more frequently these days, now that SpaceX and Boeing have joined NASA at its Cape Canaveral hub. If your trip isn’t timed to include a launch, the Space Center is still well worth a visit anyway, and is only about an hour from Orlando. Among the highlights at the Visitors Center are an up-close look at the Space Shuttle Atlantis, a shuttle-launch simulator and the IMAX theater. Adults will love the bus tour that takes you out to the launch area where the rockets and shuttles are launched. Back at the center, you can even meet real-life astronauts through the Astronaut Encounter program or by booking a Dine With an Astronaut lunch. Book your tickets ahead of time here; some tours include transportation to/from Orlando.

How to celebrate Random Acts of Kindness Day when traveling