Chicago has long been one of America’s best restaurant cities, and in the time it takes to write this paragraph, five new restaurants worthy of your attention will have opened. That’s only a slight exaggeration, but suffice it to say, narrowing down the totality of the Chicago dining experience into a finite number of must-tastes is a difficult task. From a humble Italian beef sandwich to the molecular gastronomy of a Michelin-starred legend, consider this not the end-all, be-all of Chicago restaurant lists, but an introductory course of significant places you should absolutely make an effort to try at least once—though it’s likely you’ll find yourself returning to the Windy City hungry for seconds.

RELATED: Chicago beats every coastal city in America and here’s why

Pizza and hot dogs get most of the Chicago food hype, but Italian beef is arguably the delicacy Chicagoans hold most dear. For the uninitiated, an Italian beef is kind of like the French dip’s Italian cousin, but there’s no dainty cup of jus for dipping purposes—in fact, if you really wanna get after it they’ll just dip your entire sandwich before they hand it to you (order it “dipped” if you want that treatment). Some hot giardiniera over the top is a must, as is the experience of eating one at the original Al’s on Taylor Street, which has been serving them since 1938. Of course, it’s probably more geographically convenient for you to visit one of the more recently minted chain locations. 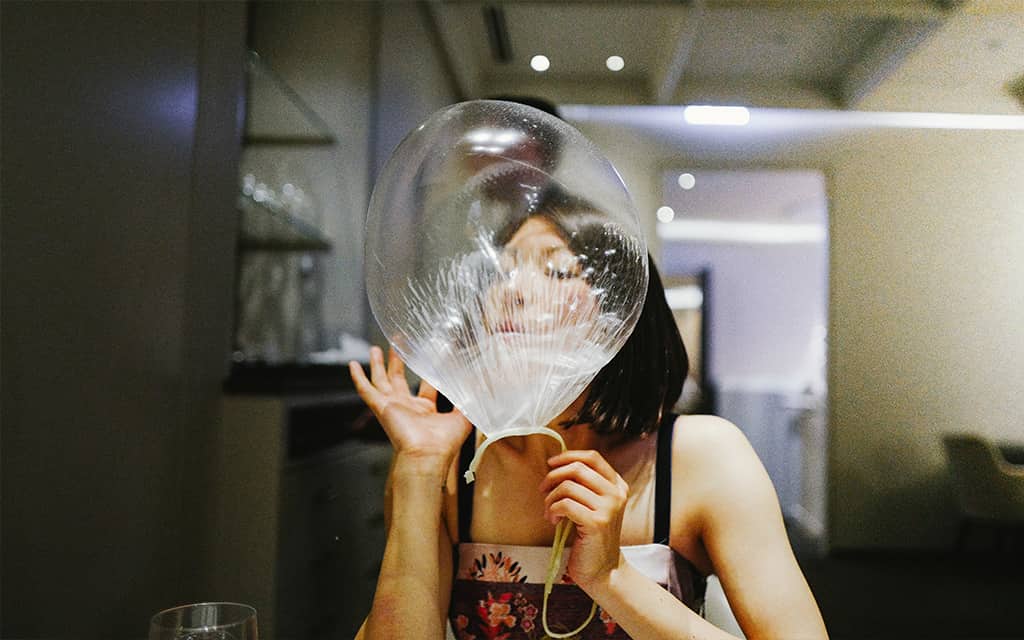 Okay, it’s not really fair to say that everyone “needs” to dine at Alinea at least once—Chicago’s only three Michelin-starred representative operates at a price point that simply doesn’t conform to all budgets. But to paraphrase noted Chicago enthusiast Ferris Bueller: If you have the means, I highly suggest making a reservation (or more specifically, scoring a prepaid ticket via their booking system, Tock). Grant Achatz is on the short list of America’s most influential chefs, and Alinea regularly appears on the lists of the world’s best restaurants, thanks to its dazzling tasting menus running anywhere from 10 to 18 courses and featuring Achatz’s particular brand of innovative, molecular wizardry — as in, don’t be surprised if your dessert course comes served in an edible helium-filled balloon. Pro tip: If Alinea is outside your price range but you still want to try something from the Achatz family tree, a cocktail at The Aviary or a bite at Roister are fine choices. 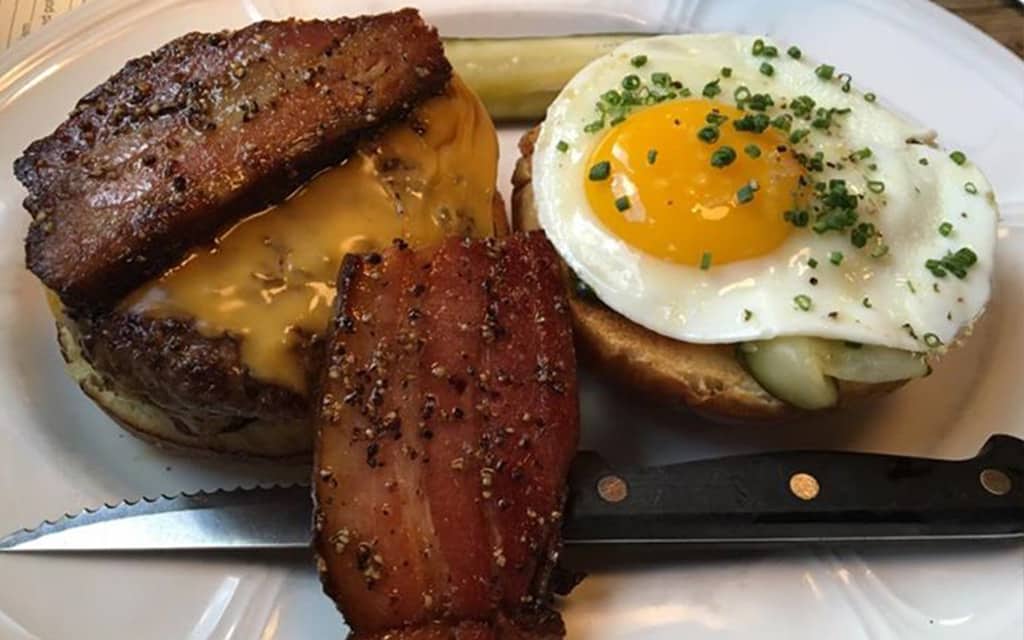 The burger at Au Cheval became an obsession almost instantaneously when Chicago restaurateur Brendan Sodikoff debuted his French-accented diner in the West Loop in 2012, and it still commands wait times in excess of two hours. Take a deep breath—they’ll gladly take your phone number and unleash you to enjoy some drinks at one of the many other fine nearby establishments on Randolph Street, aka Restaurant Row, while you await your table. That said, it’s best to tackle this place with a party of four or fewer. Once you’re inside, definitely get down on that gloriously griddled burger (Note: A single is really a double and a double is really a triple), but do your best to get a taste of the fried bologna, which some have argued is even better than the burger. Finding a partner and going splitsies is a strong move, as is an order of the hash browns with duck heart gravy for the table.

Visitors from the Southwest often protest when told Chicago has outstanding Mexican food, but one visit to the counter at Carnitas Uruapan in the Pilsen neighborhood usually quiets them down, as their mouths are full of tortillas stuffed with impeccably seasoned, gloriously tender whole hog carnitas. Order it by the pound—”mixto” means you want to try a bit of everything—and pair it with beans, nopales salad and their outstanding salsas. Bonus: They recently expanded to a second location with more seating, which comes at quite the premium at the original mothership. 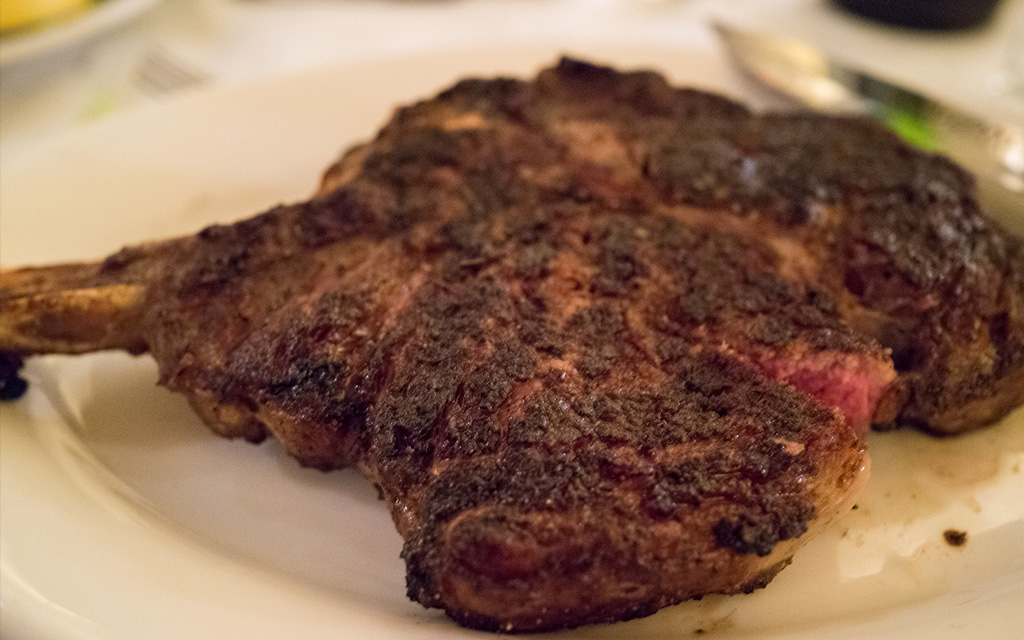 Chicago is deep with excellent steakhouses, both modern and old school, but none of them combines impeccable service, timeless ambiance and the likelihood that you might find yourself at a table next to the entire Bears’ defensive line quite like Gibsons. If you’re looking for a quintessential Chicago steakhouse experience, you simply can’t do better—especially if you opt for the Chicago Cut (a 22oz bone-in ribeye). If it seems like all the celebrity photos lining the walls are jealously eyeing your steak, it’s just flavor-induced paranoia. Probably. 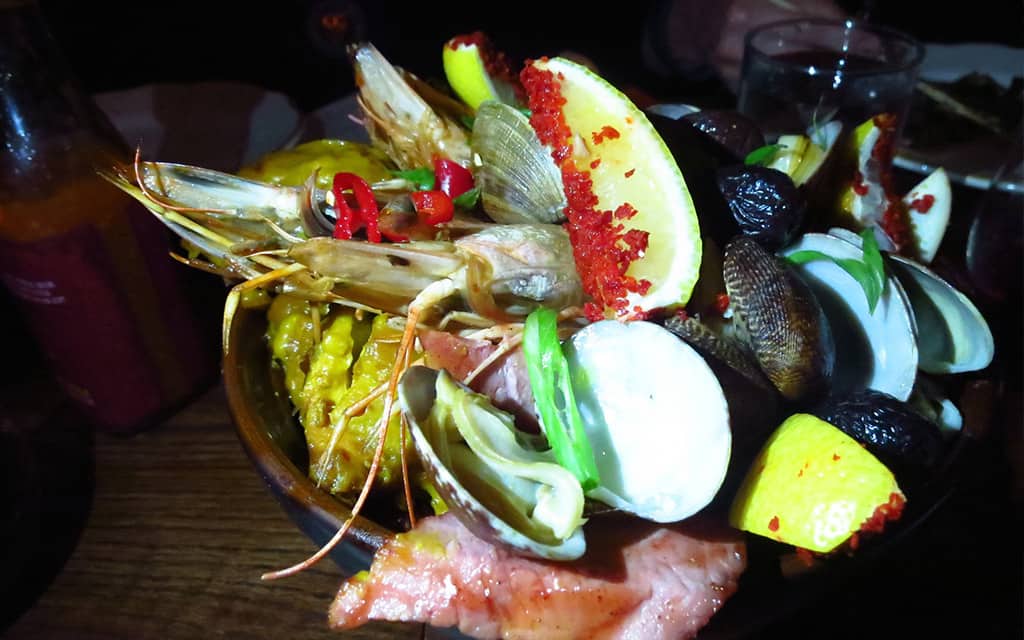 What started as an underground supper club has blossomed into one of Chicago’s most essential restaurants. Fat Rice takes its inspiration from the cuisine of Macau, which has experienced both Portuguese and Chinese rule in its history. That unique culinary combination is perhaps best encapsulated in their namesake Fat Rice, which resembles a sort of paella on steroids, containing seemingly every land and sea creature under the sun. Don’t order it without help, especially because having some friends in the mix will afford you the chance to sample from the rest of the menu. Also, if you find yourself in the area during the daytime, snag some pastries from their adjacent bakery. You won’t regret it.

When Rick Bayless opened Frontera Grill in 1987, there were still huge swaths of the country whose only exposure to “Mexican” food came via a Taco Bell drive thru (truth be told that’s probably still the case in some places). Bayless’ relentless championing for the rich depth and complexity of Mexican cuisine has helped change perceptions and palates, and also spawned a mini-empire that includes packaged goods in grocery stores, as well as tortas that are better than any airport restaurant should be selling. All that said, you owe yourself at least one trip to the place where it all began, which is still executing at the highest of levels three-plus decades later.

People don’t often associate Chicago with barbecue, even if the smoked meat explosion of the last decade has left the city with several places that admirably represent the traditions of other parts of the country (Smoque being the best of them). But Chicago actually has a ‘cue tradition all its own, represented all over the South and West Sides, with the smoky, fatty, delicious rib tip being its signature item. Lem’s has been turning them out longer than anywhere, and it’s a pilgrimage that’s worth your time—just don’t hold back on the mild sauce.

Top Chef alum Sarah Grueneberg cut her teeth at Chicago’s legendary Italian mainstay Spiaggia, a favorite of the Obamas and a bucket-list worthy destination in its own right. But she created something truly special when she struck out on her own and opened Monteverde, as evidenced by her Best Chef Great Lakes James Beard Award and the steady competition for tables as diners head back again and again for a taste of the flawlessly executed handmade pastas (some of which you can glimpse mid-production, thanks to a conveniently placed mirror over the open kitchen). Although you can be forgiven if it’s hard to avert your eyes from the food in front of you.

Sometimes Chicagoans take a break from defending deep dish pizza to frightened New Yorkers and actually argue amongst themselves about which they like best. Lou Malnati’s has its adherents, while some prefer the stuffed excesses of Giordano’s or the “they did it first” charms of Uno’s. However, there’s a certain undeniable attraction to Pequod’s, opened in 1971 by pizza iconoclast Burt Katz, who went on to sell it and open another famed pizzeria, Burt’s Place, in suburban Morton Grove and earn the approval of Anthony Bourdain (both, sadly, are no longer with us). Once you taste the lacy edge of caramelized cheese on the crust, all other pizza crusts will seem sad in comparison. It’s not exactly textbook Chicago deep dish, but it’s undeniably one of a kind. 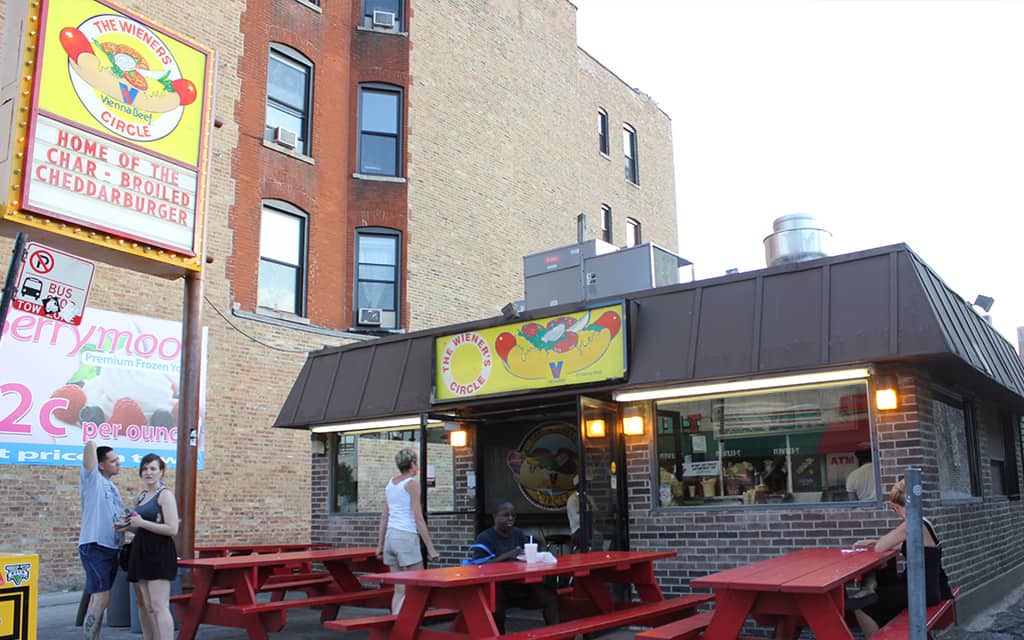 There are plenty of places to get a solid-to-excellent hot dog in Chicago, but only one of them is as—if not more—famous for its profanely surly staff as it is for its food. The Wiener’s Circle is best experienced in the wee hours of the morning, as things tend to be a little tamer in the daylight. And while the ambiance is definitely part of the appeal, the char dogs are reliably delightful, and the cheese fries are the menu’s secret weapon.