17 reasons a red-eye is actually the best flight

The red eye is one of the most misunderstood flights. Most people imagine a poor night’s rest en route, followed by a groggy morning arrival that bleeds into a long, groggy day that you just have to power through. But there are certain benefits to flying late at night, and cost is just one of them. Here are a few great reasons you might want to reconsider booking the red-eye flight.

RELATED: What to do if your flight gets canceled 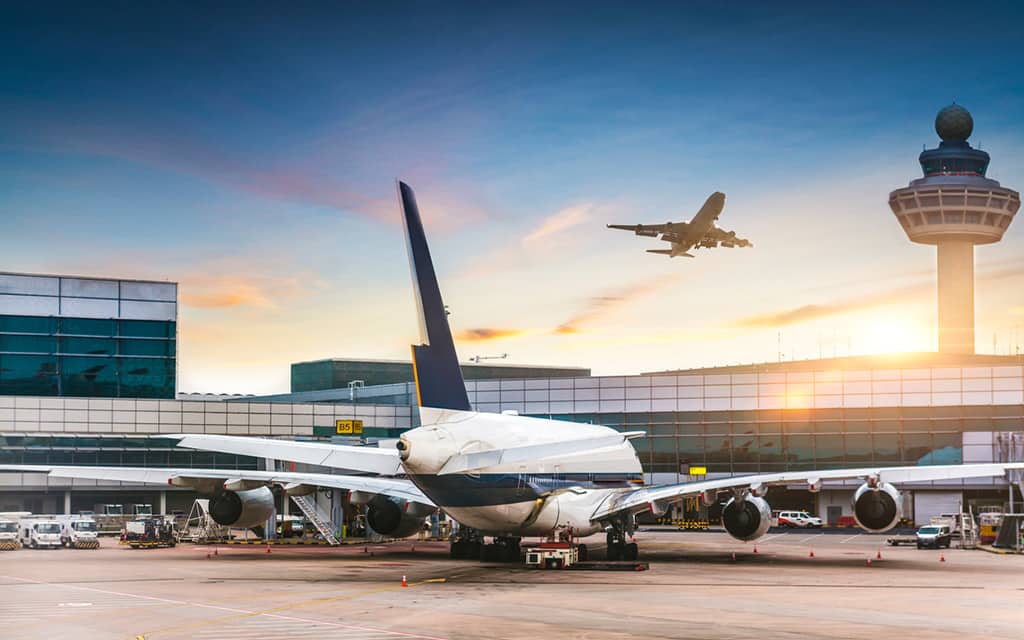 Let’s face it: This is probably the number one reason you’ve ever even considered taking a red eye. But it’s true that overnight flights tend to be less expensive. Search Travelocity flight prices to compare for yourself across airlines.

TSA agents, they’re just like us. They’re happier when there are fewer people to process—and hence, fewer incidents—to deal with. Arriving at the airport later at night, you might find only one or two lanes open, but not to worry: You’ll zoom through the line quickly and efficiently, greeted by TSA agents that actually seem happy to be there!

Lines for check in machines? Hardly. Lines for bag drop off? Not really.  And boarding? Barely. How about TSA? See above. Even upon arrival in your destination city, crowds will be scarce.

Better chance of an upgrade

Because there are typically less people flying on red eyes, your chance of upgrading to Business or First Class are substantially increased. Maybe this is the time you finally just go for it!

No upgrade? No problem. Often times, because there are less people flying, there are more empty seats in coach, too. Use that room to stretch out and–dare we say it—lie down if you have the row to yourself!

One less hotel night to pay for

Even if you spring for a premium economy seat with added legroom, the red eye still saves you the cost of an added hotel night. And with all that extra space in premium economy, you should be able to get some real rest (we recommend the bulkhead behind First Class).

The overhead compartments can fill up fast on a day flight, which sometimes leads to the airline demanding that people check their bags. Not on a red eye! With few people flying, you’ll likely have free rein of your overhead space. 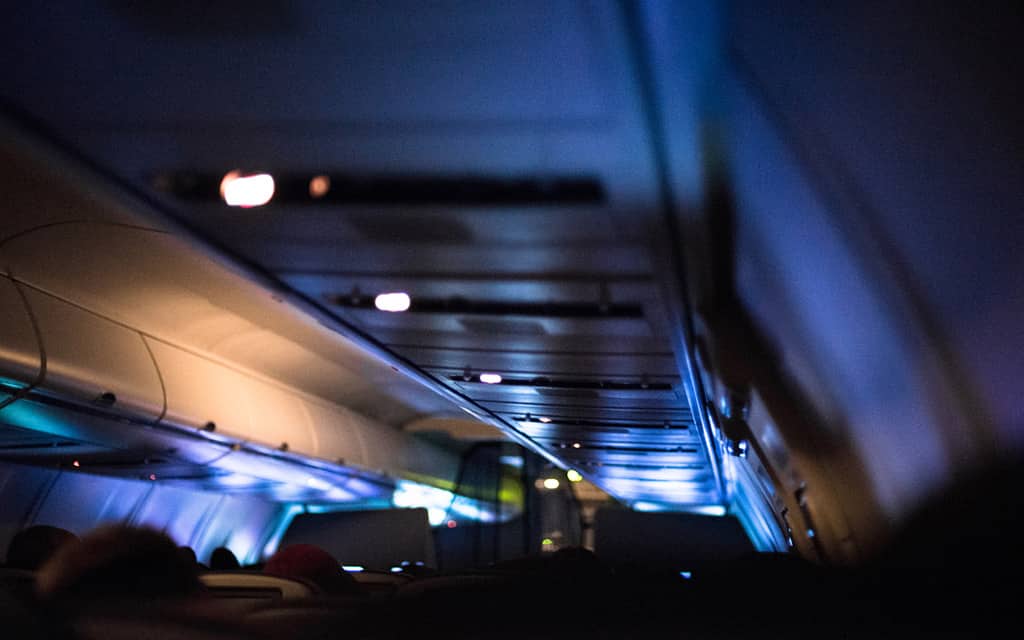 The flight crew want to sleep as much as you do, so announcements are limited and the lights are out—sleep tight!

Late at night, the chances are slim your plane will have to queue up on the runway for take off. In fact, there’s a good chance your plane could land early.

The perks of the red eye keep coming, even after you’ve landed. Rideshare areas and public pick up areas will be much less congested.

No traffic on the roads 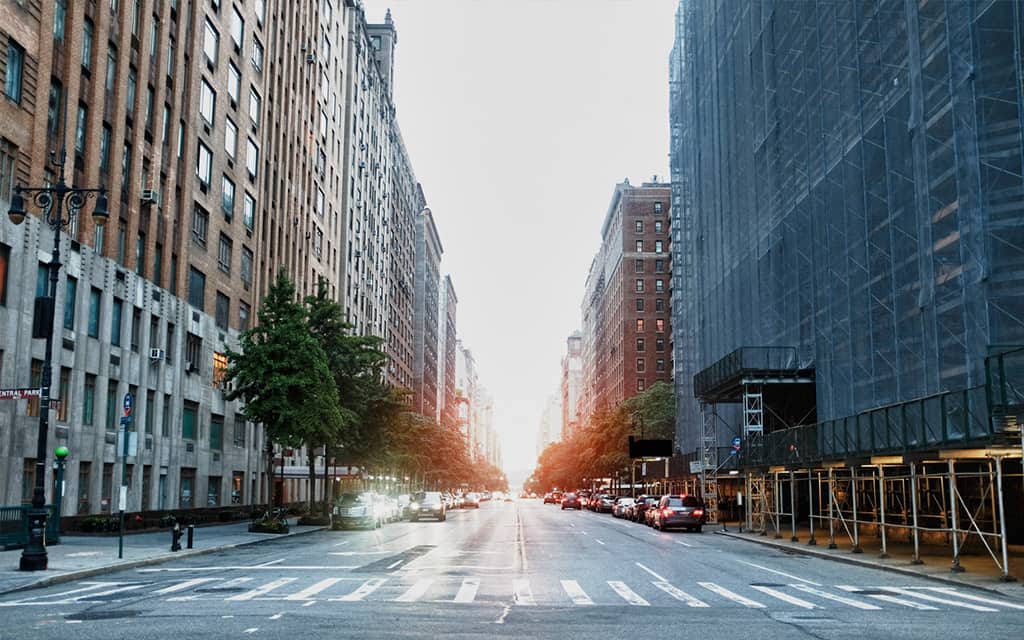 Flying in the evening can free up the time so you can take public transportation to the airport and save money.

One less night away from loved ones

For parents who have to travel for business, this is key. Sure, you’re technically not home that night, but you can still have dinner with the kids and put them to bed so they don’t feel like you’re gone as long.

One less night of having to board a pet

So you had to leave Fido behind? If you had to board an animal, a morning arrival eliminates the cost (and your pet’s added stress) of another night’s stay.

Ready to roll in your destination the next day 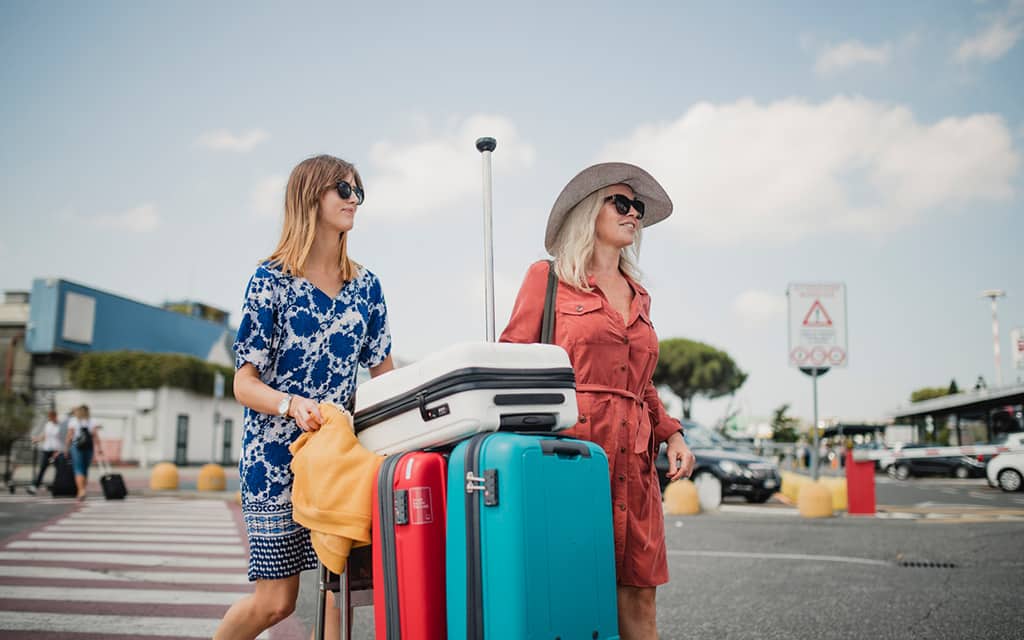 If you’re traveling for business, you’ll be ready to start your day when you land, and that start time will likely be much earlier than if you flew in that morning. If you’re traveling for vacation, you have a whole extra morning to lounge on the beach or pack in sightseeing. Either way, you’re getting more of your destination for the money!

Traveling to a different timezone can be challenging, even if it’s just a few hours difference. Starting your day in the new time zone sets you up for an early bed time versus staying up later due to it being earlier at home—if you’re flying east from the West Coast, for example.

We’ve all been there: You’re dying to get one more trip in at the end of the year, but you’re out of vacation days. Thanks to the red eye, you’ll still be able to sneak in a substantial weekend getaway. Just leave for your flight after work and return on Sunday evening without missing a beat!

17 reasons a red-eye is actually the best flight

QUIZ: How Many U.S. States Have You Visited?