While Valentine’s Day is largely associated with the U.S., gestures of amore are universal. When you travel, see if your trip lines up with some of these other countries’ holidays that celebrate romantic love (and friendship). Maybe you’ll even find that Cupid has his quiver full of magic arrows set on you. Here are 10 tokens of love to look for around the world. 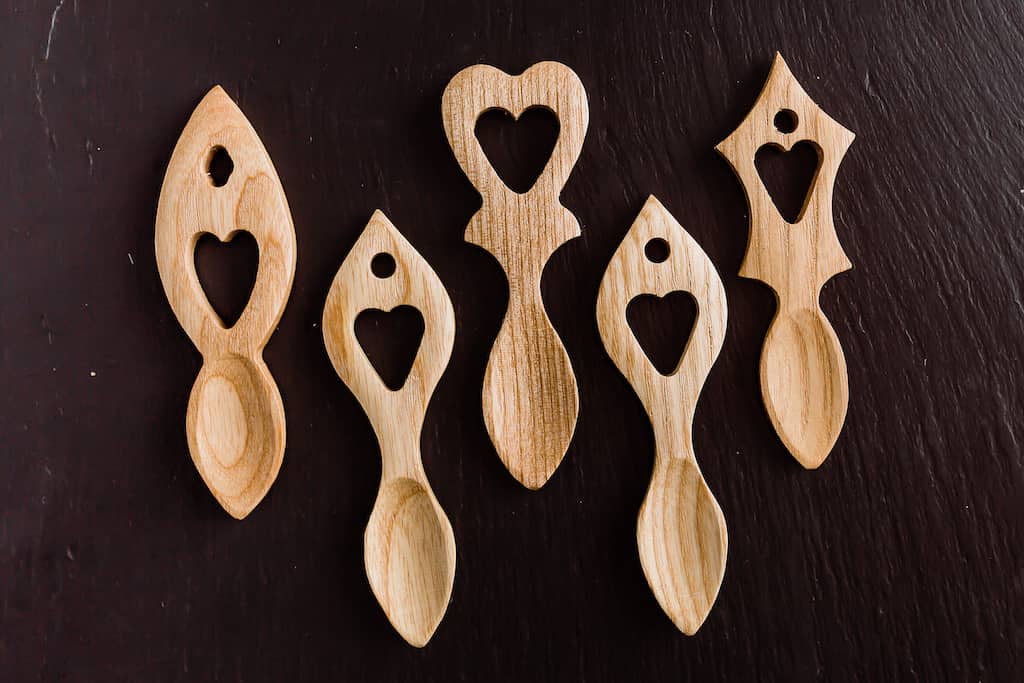 This southwestern country in Great Britain has its own version of V-Day called Dydd Santes Dwynwen. It’s named for a fourth-century saint who wasn’t so lucky in love: As the story goes, she was a princess who was head over heels about a guy named Maelon Dafodrill, but her royal father arranged for her to marry someone else. She ended up becoming a nun and patron of love who was later blessed with a holiday falling on January 25. On this day, the Welsh might give what’s known as the Welsh Lovespoon, a hand-carved wooden spoon that’s intricately designed with symbols of love. 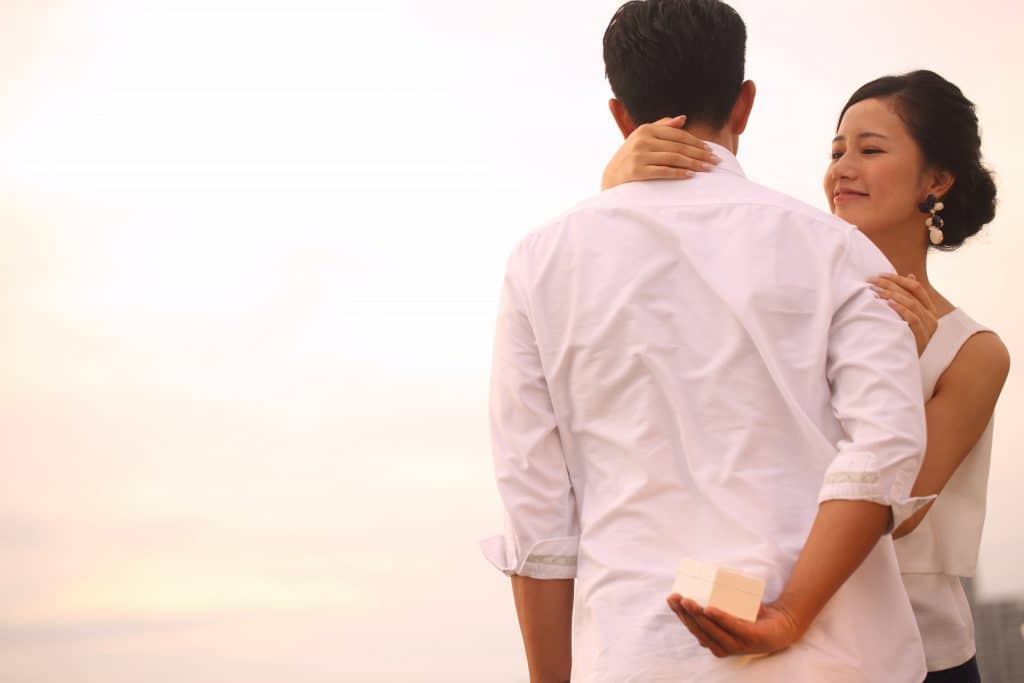 In Japan, two romantic holidays involve taking turns over who gives chocolates and who gets them. On Valentine’s Day, Japanese women take the lead, specifically giving their romantic partners what’s known as “honmei-choco.” Yet they also give their beloved friends and colleagues another variety known as “giri-choco.” A month later, on March 14, “White Day” is a holiday in which men get to do the gifting of chocolate (typically white chocolate) to their respective others.

Happening annually in September, the village of Imilchil in the foothills of Morocco’s Atlas Mountains welcomes local tribes who come together for the Imilchil Marriage Festival. Its name draws from a legend about a couple whose families would not allow them to marry and who wept bitterly day and night. Yet, no marriages happen during this time. Instead, this festival (or Moussem) is more about engaged couples obtaining their license to wed. There is also a bit of potential matchmaking going on as single men and women are encouraged to interact. The event also celebrates a well-noted holy figure named Sidi Hmad Mghani. 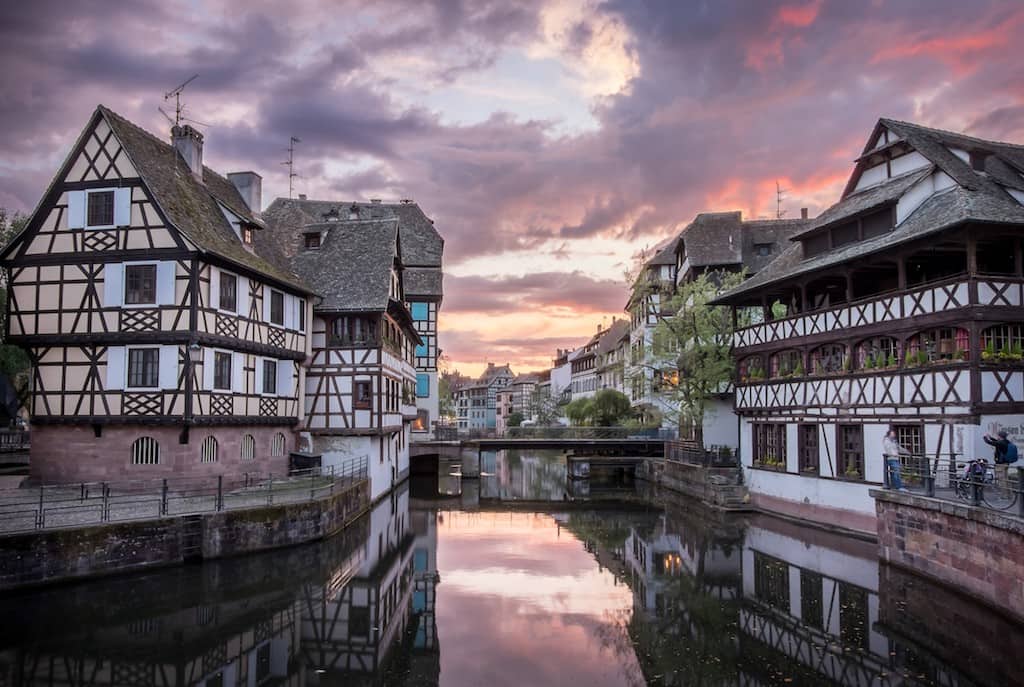 France, a nation known the world over for romance, does not disappoint when it comes to love. Every February, the picturesque city of Strasbourg hosts Strasbourg Mon Amour, a festival for lovers that’s like no other in that it’s both traditional and unconventional at the same time. Attendees can do everything from participate in an evening of salsa dancing or a visit to the opera or try their hand at speed dating on ice skates or public bathing at midnight. Many of the events are free; others have small fees.

Let’s face it, Valentine’s Day can be a bit of drag for those aren’t in a relationship. Luckily, the holiday has taken on a friendlier meaning in different destinations where BFFs and bromances are equally recognized. In Finland, Valentine’s Day is called ystävänpäivä (“Friend’s Day”) and, like the name implies, the idea is to celebrate friendship with people of all ages hanging out and doing fun things together. 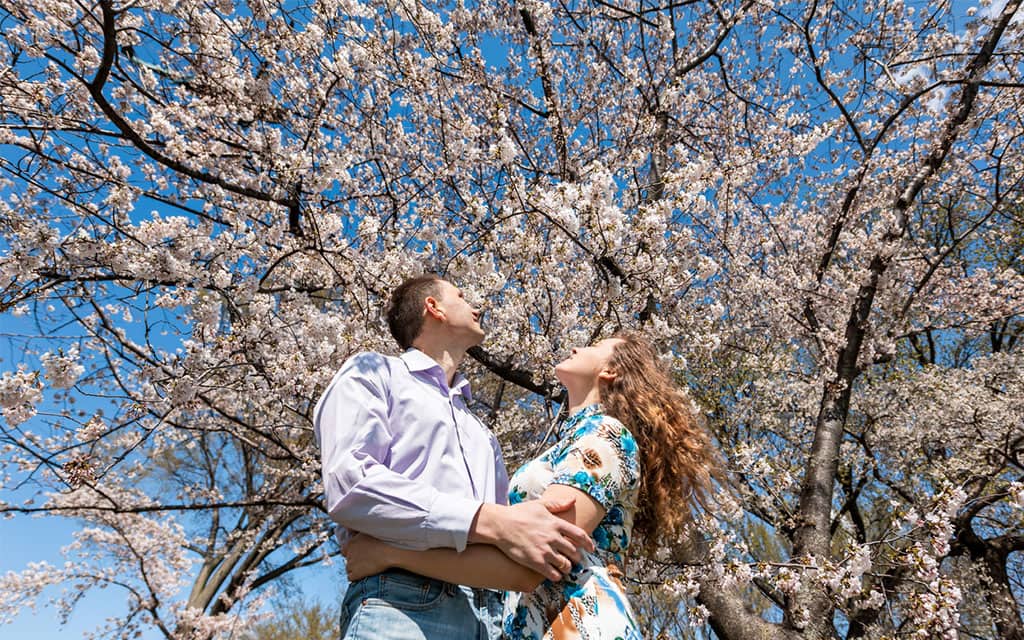 For most people, the first day of May celebrates the achievements of workers and it is called Labor Day or May Day. However, in the Czech Republic, May 1 is also the day on which Czech people celebrate love. For example, there’s a tradition that a couple should kiss under a blossoming cherry tree. If a woman is not kissed, it is said that she will wither and die in 12 months! In Prague, couples meet on Petrin Hill where they can kiss in front of the statue of the poet Karel Hynek Mácha, who wrote the poem “Máj.” This well-written composition tells the tragic story of two lovers and is considered a masterpiece of the Czech Romantic period. It is said that kissing in front of Karel Hynek Mácha’s statue will make one’s love as strong as the stone.

For the fertility-focused festival Festa de São Gonçal, which happens annually in June in the northern village of Amarante, a not-too-subtle phallic-shaped cake is handed out as a token of affection. Perhaps merged from pre-Christian, pagan traditions, these iced “doces fálicos” are often made and sold by street vendors and are said to be given as gifts for good luck and in good health. Yet it’s not known how they’re exactly connected to Saint Gonçalo, a locally born priest whose name is forever linked to this upright festivity. 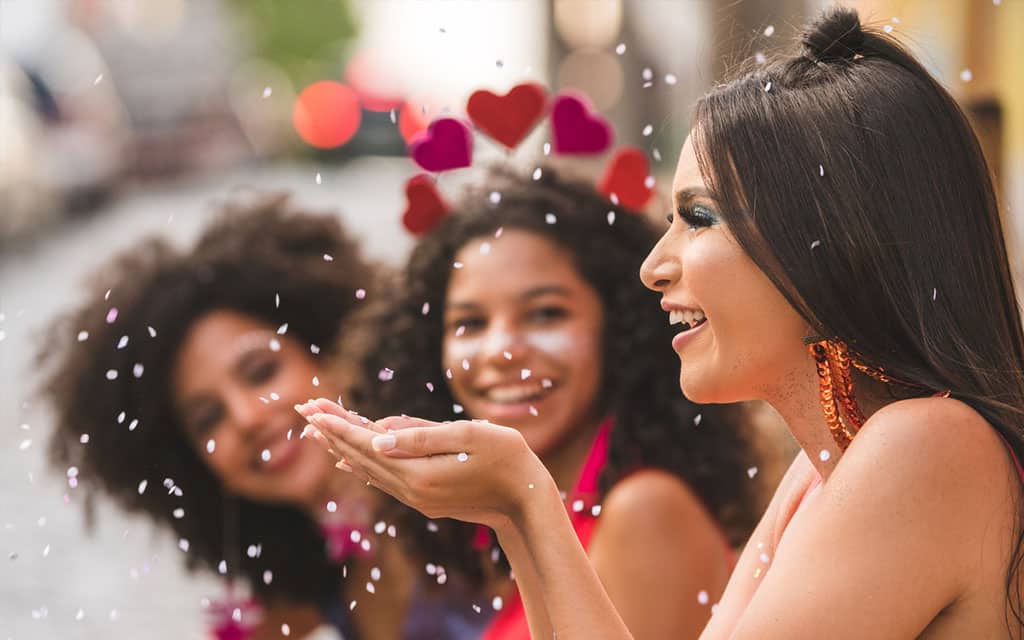 Dia Dos Namorados (meaning Lovers’ Day in Portuguese) is commemorated June 12, and it’s most likely because it falls on the day before Saint Anthony’s Day, named for a canonized Catholic priest who is considered to be a patron saint of marriages. Traditions involve gift giving, and singles might perform simpatias (a superstitious ritual) to attract someone special into their lives. As for February, Brazilians often give their hearts over to another major celebration—Carnival! 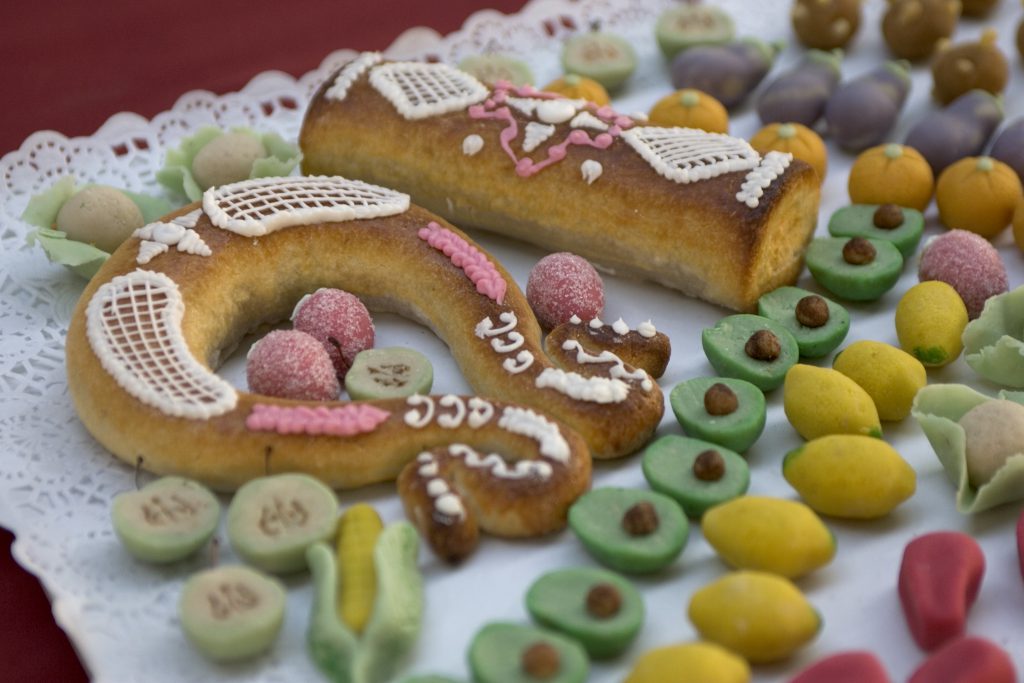 Every October 9, the city of Valencia recognizes a day named for Sant Donís, the patron saint of lovers. It’s called El Día de Sant Donís, and the tradition is to give marzipan instead of chocolate. The custom is inspired by a moment in history: On October 9, 1238, Moors were defeated during King Jaume I’s conquering of Valencia, and offered fruits and vegetables wrapped in a handkerchief to the king and his Hungarian wife and queen, Violant. Confectioners honor this historic feat by creating marzipan into fruit shapes and wrapping them in a handkerchief which are referred to as the mocadorà. These days, men continue to buy mocadoràs for their partners, as a gift of the day of Sant Donís.

South Korea really extends itself in celebrating love, and just about everyone is included. Similar to the Japanese tradition, women give chocolate to men on February 14 while for White Day (March 14), men offer non-chocolate candy to women. On Black Day (April 14), those who did not receive anything on either of the two previous holidays go to a Chinese-Korean restaurant to eat a meal of black noodles known as jajangmyeon. The festivities keep going on Pepero Day (November 11), when young couples give each other chocolate-dipped cookies. Now that’s amore!